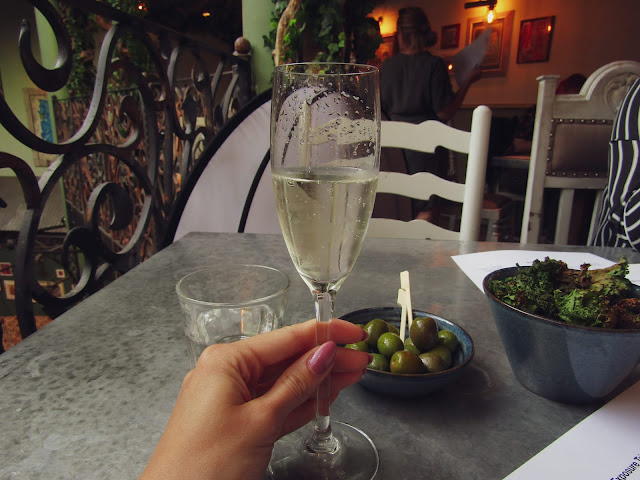 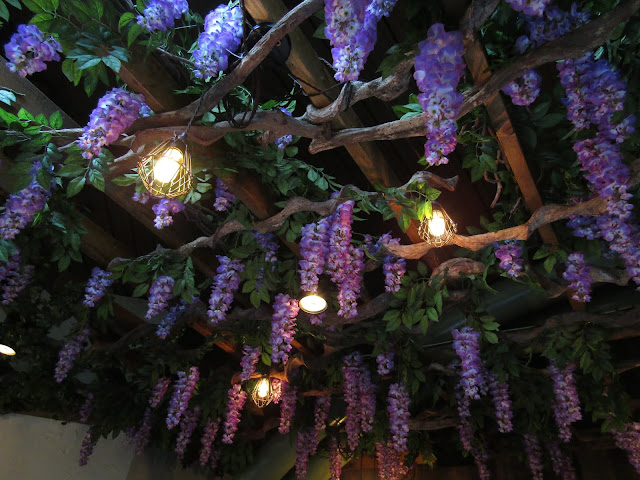 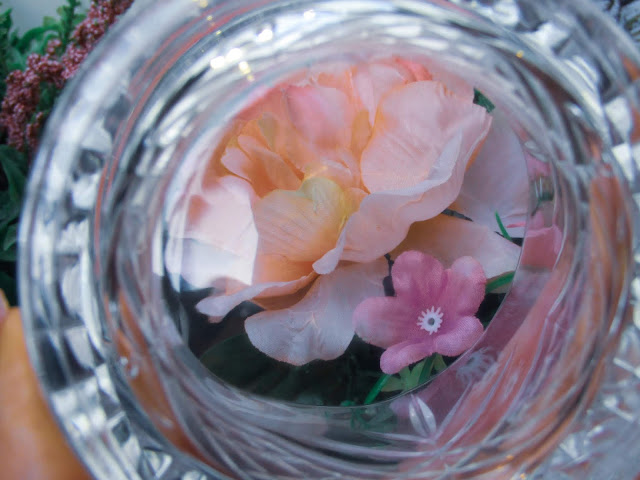 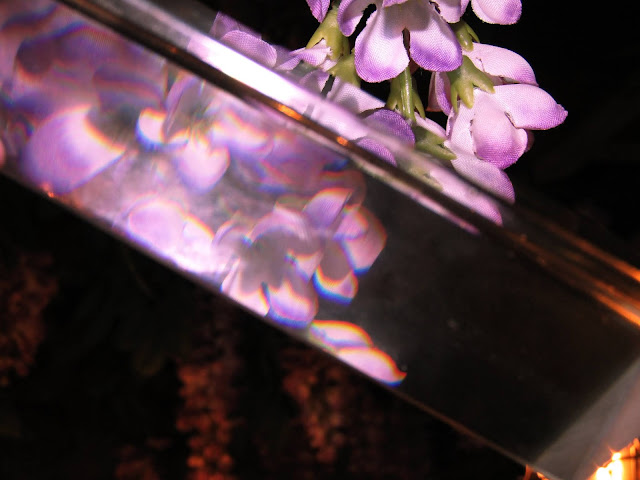 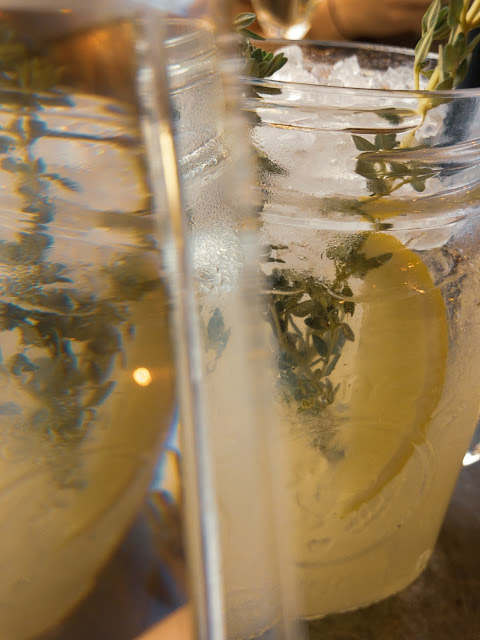 Bad blogger alert, last month I got invited to the Viking Picture Perfect Event at the Botanist in Newcastle, I've been meaning to blog about it since the event but I have just had literally no energy or real time to blog, life is hectic right now.

For the event Viking joined up with pro photographer Elouisa Georgiou who had a lovely little masterclass for us. We were talked through the basics of photography, encouraging us to use the manual settings and playing with ISO, Shutter Speed and Aperture. I rarely use my DSLR these days purely because I majorly cannot be arsed to carry around several lenses and then a stupidly heavy camera too like I'm too lazy for that. For this reason I live for my bridge camera but rarely play around with the shutter speed and I'm still getting the hang of my newest one plus I prefer to edit a lot of the time out of sheer laziness haha. However I did learn a little more than I already knew about these things but mostly I learnt more about making photos more creative.

We were split into groups and there were 4 different stations; using lighting, prisms for reflection and diffraction, flat lays, still life and food. In my honest opinion I thought for this the event was a little too large as we were given 15 minutes per section and we only managed two of the four stations, it would have been easier in a smaller group with more guidance and interaction per section especially with the prisms I have no idea why but I physically struggled but its fine because the rest of my group also couldn't really get the hang of it haha. I did learn the pros of using backing boards for lighting though, I don't know why I've never used them before but they're so good! They reflect the light so well and make the objects in your photos much brighter.

Here are a few of Elouisa's tips for better photography;
Lighting Tips;
Interesting portraits using reflection & diffraction;
Flaylay Tips;
Product, Food & Still Life Tips;
The challenge of creating the perfect photo was super fun especially since there was an added competition element to it. The botanist is a beautiful venue with so much readily available to photograph along with the staff being super helpful and providing props for photos. It was a super fun a event and I'm very happy I went along and learnt a few new things along with meeting some new people and finding new blogs to read. Thank you Viking, Elouisa and The Botanist for a great night  and for giving me a chance to learn new ways to experiment with my photography. I look forward to trying out some of these tips in future especially ones for flatlay and food.


Have you attended any photography events? What photography tips are your favourite?
No comments:

Posted by Kloe Anya.
Email ThisBlogThis!Share to TwitterShare to FacebookShare to Pinterest

If I Wasn't On A Spending Ban Wish List. 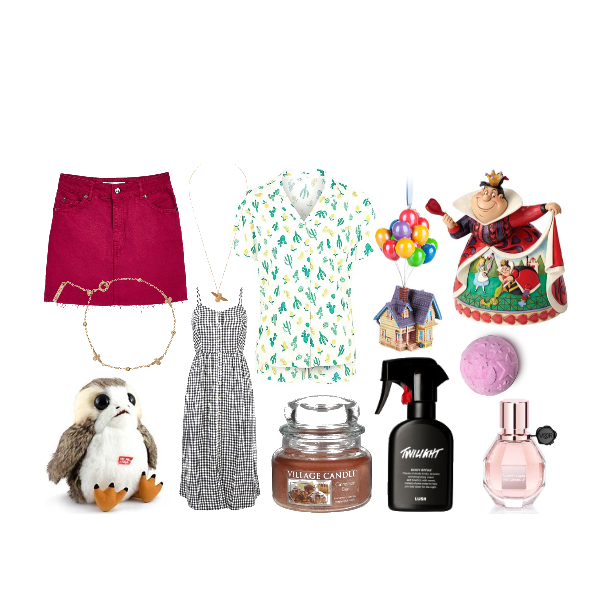 So last week I injured my foot, it was a pretty stupid accident and I was legit in ridiculous pain, this meant I had to rest my foot which was the most boring thing ever, do you know how boring it is just laying on the couch re-positioning a bag of frozen peas every few minutes?! The answer is ridiculously boring, in the end I found myself online window shopping and started thinking of the good ole polyvore and wishlist days so decided thats exactly what I was going to do since I physically cannot spend money on things I do not need since next year is going to be the most ridiculously expensive one of my life.

So what am I lusting after more than anything in life? Mostly a Porgs, I'm not even going to lie to you. Since The Last Jedi trailer was released all I've wanted is one of these lil guys specifically a talking one, I always look at them in the Disney Store but those ones are nowhere near as cute as this guy whos official Star Wars merch, he makes noise and is 'life size' so obviously I just need him. Speaking of Disney have you seen the Christmas decorations are making their way back into stores again?! The last 2 years I've been dying for the UP house one and it sells out every single time so this year I'm determined to get myself it because it is far too cute! As for The Queen of Hearts figure I stare at the Disney Traditions every time I see them, I really think this is my favourite one I've seen, I love that the scene is in the dress plus we all know I love Alice.

Of course as always I'm wanting new clothes, pjs with cactus' on are obviously a must because cactus. I'm still in search of Summer dresses because my wardrobe does not work in this heat we've been having, I've searched for the perfect gingham dress for the last like 10 years and have yet to find one that suits me and since finding a love for long buttoned dresses I feel this may just be the one! And as for the skirt, every time I enter a Topshop I just stare at it and imagine how cute it'll look in A/W with black tights and a jumper and I just need it. I'm still in love with the entire Bee collection from Olivia Burton too and feel like I need either the necklace or bracelet to go with the rest of my jewellery, I just love how dainty they are.

Finally, I'm just ready for winter scents you know? I want everywhere to smell like cinnamon already. I'm in desperate need of more perfume also Viktor and Rolf flower bomb is my favourite, I consider it every time I'm in the airport but never splurge, I also love the smell of Lush's Twilight I have a mini of the spray I put on my pillows when I really need sleep and it truly does help.

I just need to win the lottery or find me a rich boyfriend so I can have a little splurge and treat myself to some nice things haha. What have you been lusting after recently? Do you want more Summer clothes or are you craving the colder months?
No comments: 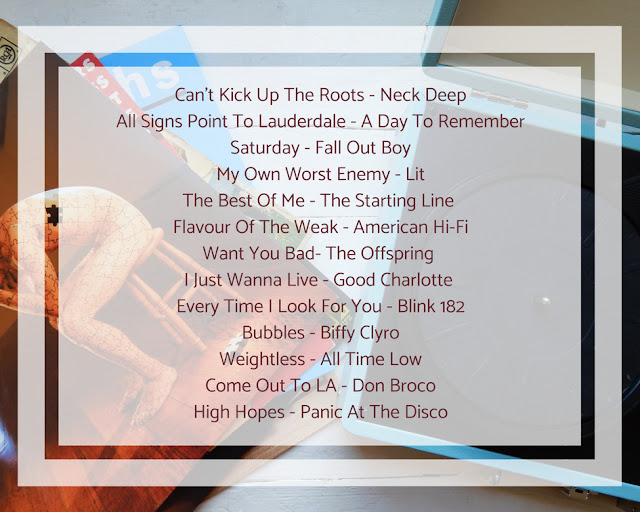 For me Summer just makes me think of Pop Punk, the second the sun shines I just wanna blast pop punk so loud it hurts. I mean yeah I do listen to pop punk all year round but the Summer just makes me wanna listen to the songs I lived for in my teens with a couple of new tracks chucked in. It's just something about the sun that makes me want to dance around my entire house no matter what I'm doing it just puts me in such a good mood, it also just makes me want to have all the BBQs. However you can't have a BBQ without some banging tunes can you? Over the years I have struggled with playing music in the garden, nothings worse than having a million cables hanging out of the kitchen window so you can plug your laptop in for spotify, or having the shuffle speakers around for it and no one wants the poor quality of your phone loud speaker.

I mean wireless speakers are a thing but most of them are either teeny tiny or mega expensive and I'm not here for that I'd rather struggle with what I already have haha. However this Panasonic Waterproof Bluetooth Speaker is perfect, it's portable, have 9 hours of battery life and it's got Bluetooth. Meaning you can take this little fella out in the garden and control your music from your phone or even your PC, it's also part of the Panasonic All Connected range meaning it can be used as multi room wireless speakers! Wanna know what else is amazing about these?! They're waterproof! Yes Waterproof perfect for British Summer Time! I mean this Summer I feel we'll be lucky if we see some rain, but most years you can guarantee you're sitting outside tucking into your burgers and the heavens open and it's a mad rush to grab everything that could get water damaged and run into the house however these can withstand 1m of water so they'll be alright for a while haha. The waterproof will also be perfect for playing music in the shower, I know so many people who have water damaged phones purely from singing in the shower.

Onto that perfect Pop Punk Summer Playlist for your BBQ, for me it's mostly about the old school stuff like Blink 182, The Offspring, Good Charlotte the sound of your childhood summers, you know those songs everyone knows usually because they're on all the American Pie soundtracks or something haha. Those are always the top of my list for summer music, followed by some favourites from Fall Out Boy, A Day To Remember and Biffy Clyro. Recently though I've been really into Neck Deep, Can't Kick Up The Roots reminds me a lot of last Summer and I'm a pretty big fan of these guys now after being adamant I didn't like them haha. However the past two weeks I've had Don Broco's new album Technologies on repeat along with Panic At The Disco's Pray For The Wicked these albums are both filled with proper summer songs if you get me. Very excited for both of the tours because they're just going to be absolutely sick!

I'm definitely going to have to invest in some of the Panasonic Speakers as I'm forever sick of having to carry my phone or laptop with me all around the house for music haha.
What've you been listening to recently? Are there any new releases you can't wait for?

*This post is a sponsored post, I have been paid to advertise and include links to Panasonic's site and their speakers, however all words and music choices are my own.
4 comments: