This weekend has been a busy one I must say. It has been the weekend of my soon to be 6 year old sisters birthday party so I've been pretty busy baking. I went through a total of 6 cakes before I got one perfect for her birthday cake and this is it. Pretty and pink just like she asked. Pink icing, Pink cake and Pink butter cream! I'll post a recipe for it later. 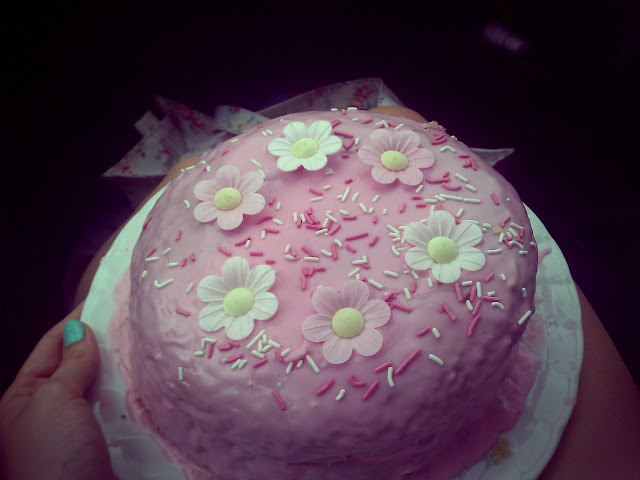 Once the cake had finished baking, it started to thunder, we've had the most bizarre weather ever around here at the moment one minute the sky is bright and wonderful the next its like this 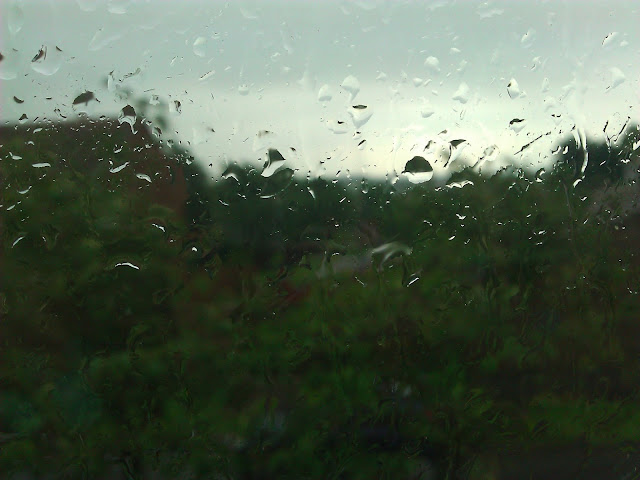 So once the thunder storm passed and I'd got over cowering with the dogs haha. I'm pretty much terrified of storms. So I eventually saw John and we ended up taking my mam to a boxing match which was interesting considering her friends were extremely drunk. A couple of cakes and hours later, I made 6 cakes haha. When we picked her up she was as high as a kite! The guy she fancies had been talking to her all night! and she told him she likes him so hopefully something will work out between them! But in the end Saturday wasn't overly exciting. Sunday on the other hand was rather eventful, I spent the morning icing the cake and then at a fun house full of screaming children. But it was my sisters birthday party and she loved her cake. Look at her! 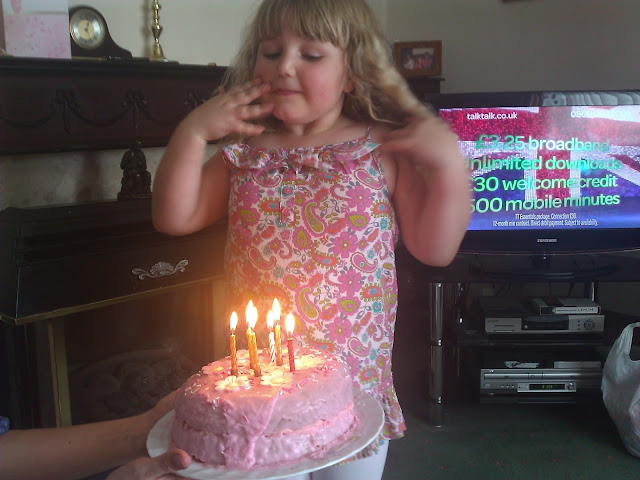 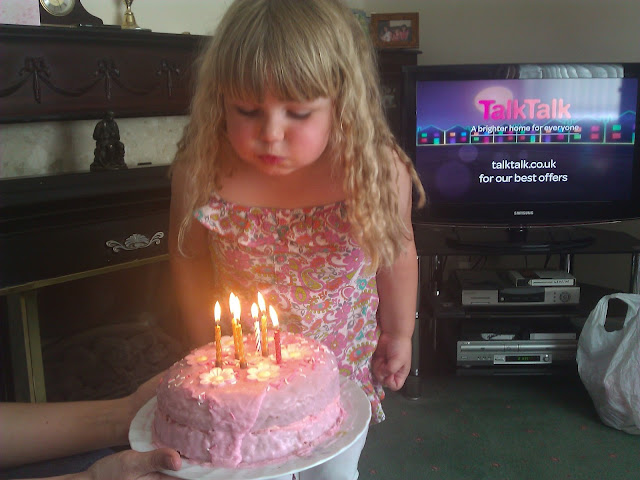 She wouldn't let anyone else anywhere near the cake! 'its mine I'm blowing the candles out' unfortunately for her they were 'magic candles' that take forever to blow out. bless her but she was so excited and happy. 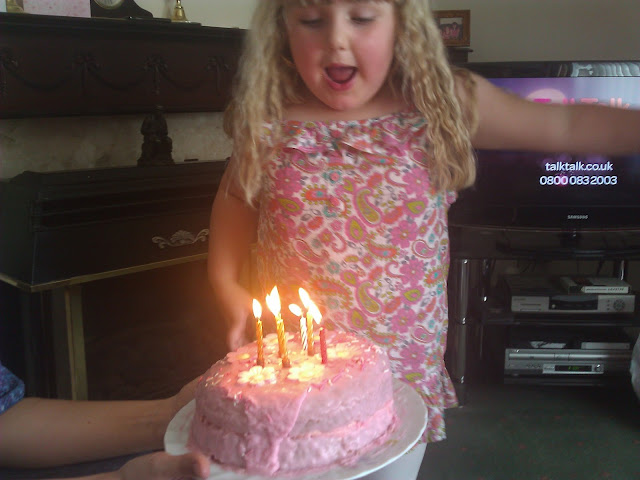 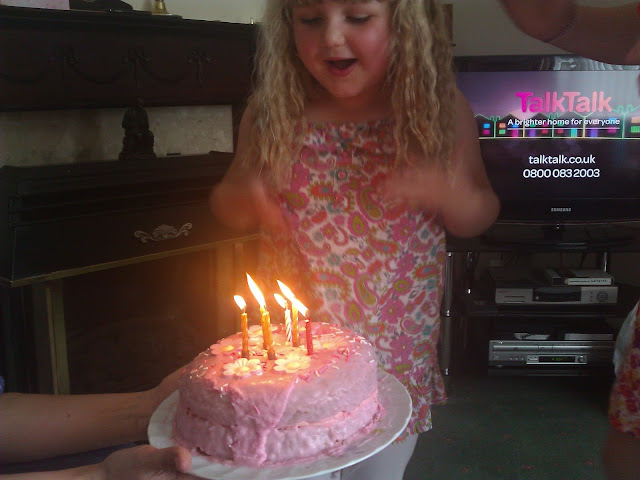 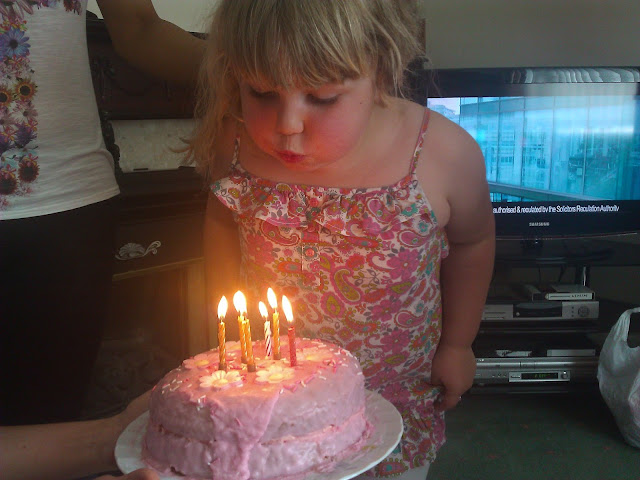 She also loved her presents the Hello Kitty stuff bless her. Unfortunately when we were driving down to Middlesbrough the icing wasn't fully stiff so some of it ended up splashing down the side oh well. But everyone enjoyed it and Annabel told me it was the best birthday cake she ever had then she said no its the best cake I've ever eaten. haha bless her. As you can see she enjoyed it. 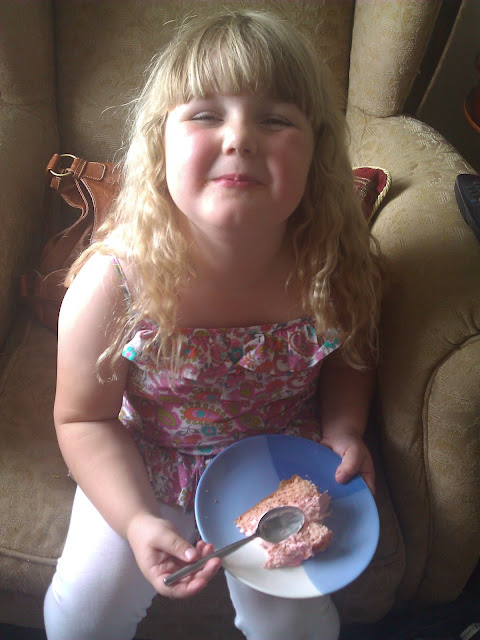 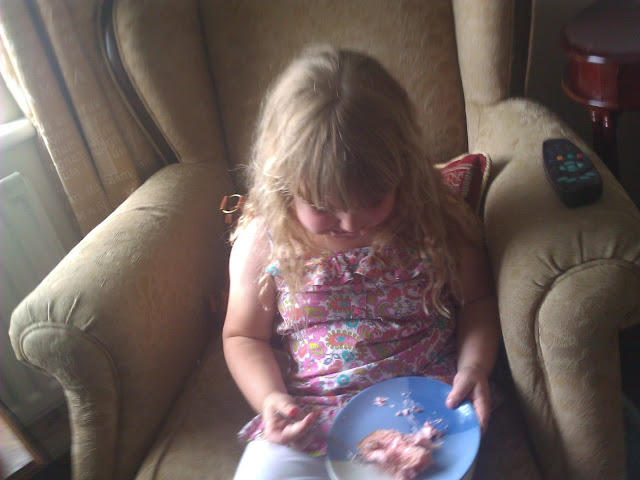 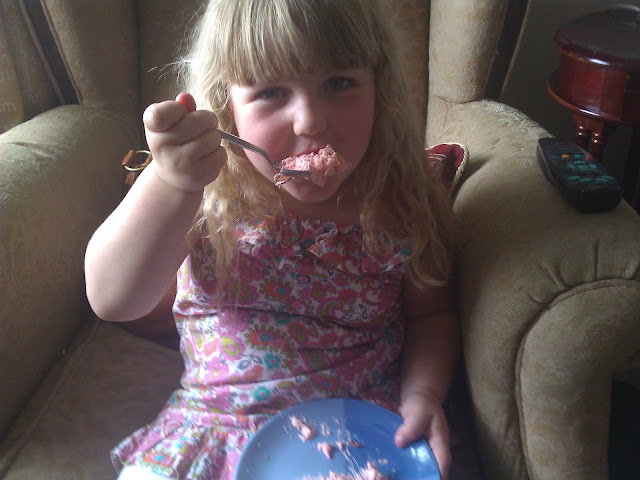 Those two are entitled 'Kloe take a photo of me stuffing my face with cake!'
I spent the night at Johns and did theory revision with Tom and Pete Johns brother and dad. haha. Oh well Cheerio for now!