Lions, Tigers and no bears. A trip to Knowsley Safari Park 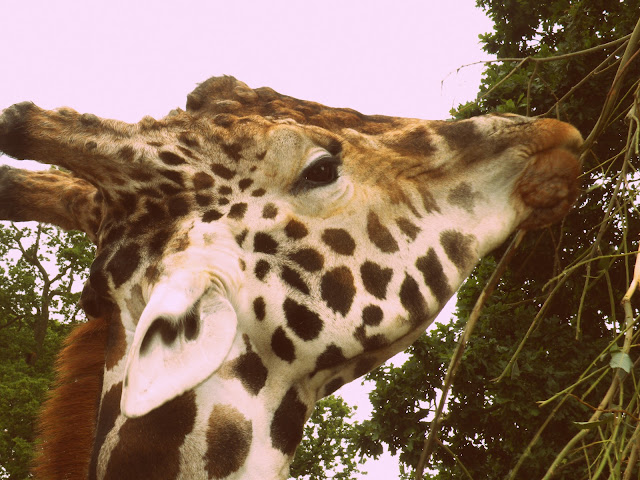 I will get up to date and let you all know about my week! So First off all lets start with Monday before I tell you all about our trip to the Safari park on Tuesday where I took the photo above of the most beautiful creature ever, as you all know I love Giraffes haha.
So Monday was my theory test and I PASSED! Go me! I was put on computer seven so I thought I wasn't going to pass since 7 is my favourite number and it would just be my luck, but no I passed. I was so pleased. Aside from that though Monday was pretty normal, hung out with John as he didn't have work till 5 and then went to the pub with Tom, Beth and Chris. Which was like sitting with the fucking Olympics fan club, the We love Lisa fan club (Lisa is this girl who works with John who proper fancies him and flirts and that with him and I cannot stand her.) and we love the Keelman and all of its staff fan club. The Keelman is the pub John works at where we waste time while we wait for him to finish work. It's not bad but they don't have a huge food choice and well I don't think half the staff are that nice, a few of them seem far too up themselves or too prude. But that was Monday same ole really, apart from a boy from where I live was missing, I went to school with him and was I guess we were sort of friends. Although I hadn't really seen him since we left school/started college, I was obviously concerned though, I'll let you know a little more later perhaps since I do this thing in order day to day.
Tuesday! 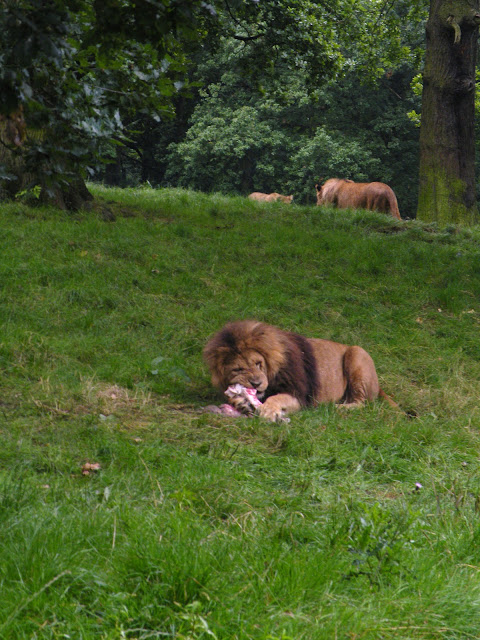 Tuesday was amazing, we got up early and headed on down the Knowsley Safari Park, which is an amazing place you must visit it seriously! John took me last year and I begged him to bring me back this year. This time we took my sister with us and his brother. My sister shit herself when we went in, she thought all the animals were going to be behind cages, she was shocked to see Lions wandering freely. She actually screamed and begged John to lock the doors which turn out to be a blessing after we saw this fella below. 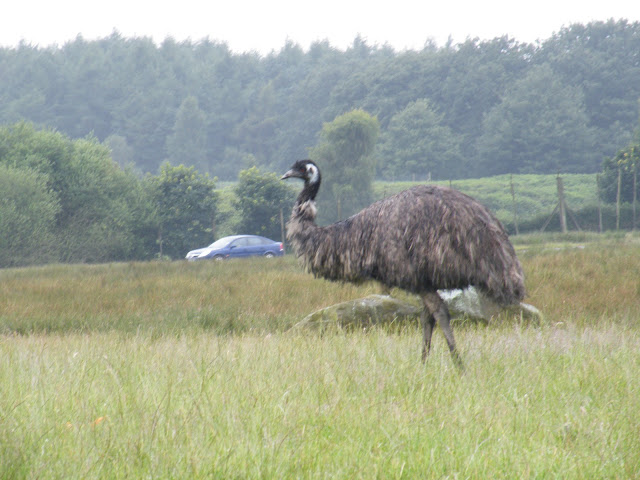 So were just driving along as you do in a Safari park you know, (we were on our way into the Monkey enclosure!) and I get John to stop the car so I can get a photo of the Emu. Just after taking it the thing turns and looks straight at me and starts coming at us / at the car so John's doing something no idea what but he doesn't move the car and I'm on the phone and this fucker decides to pop up at my window! And started to peck the door handle! I'm terrified of Emu's I was actually shitting myself screaming but laughing cause it was just so strange. Seriously mad, it eventually left us alone, thank god Emilia asked to have the doors locked. 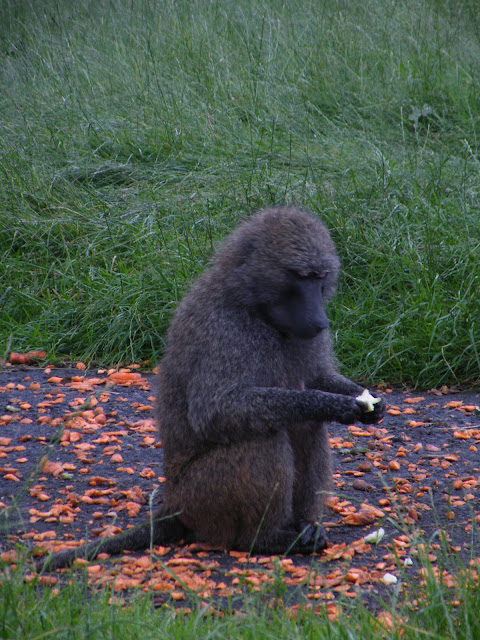 The Monkeys, now this was fun! 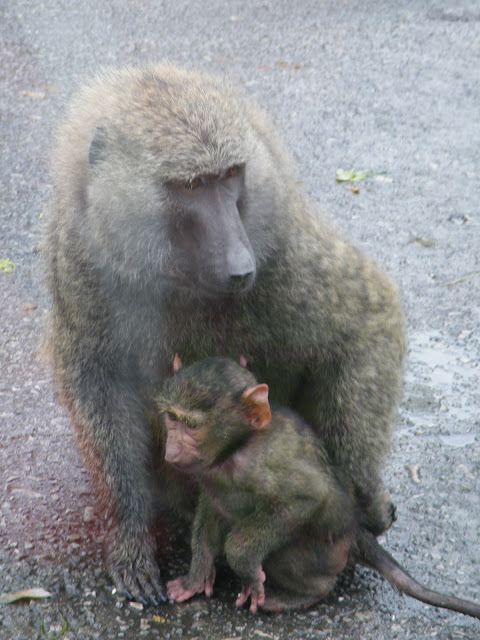 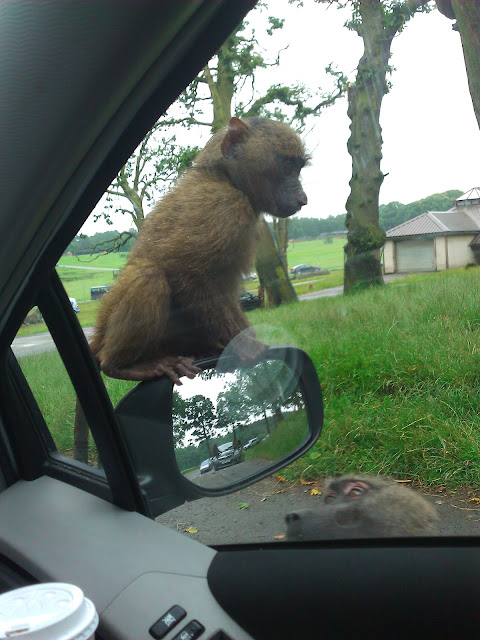 As we got into the Monkey enclosure I said to John, 'your car is so shit no monkeys will want to eat it' two minutes later and this was happening! 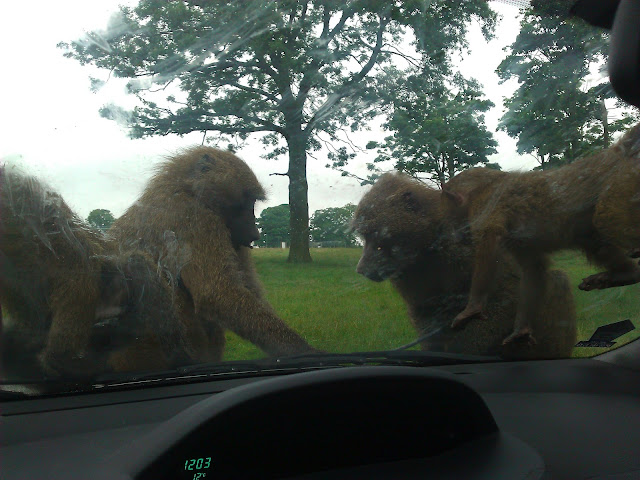 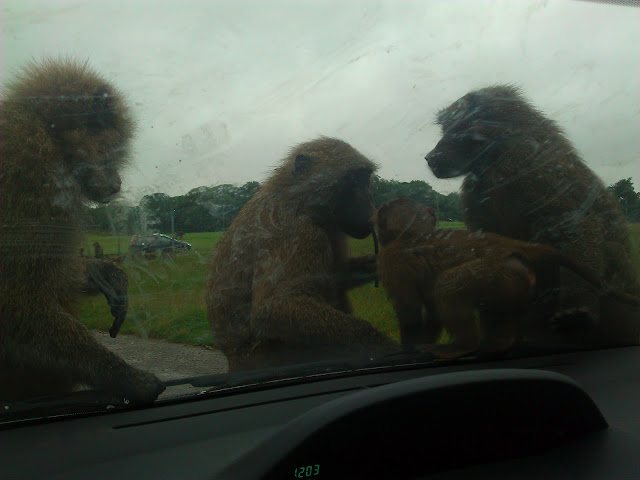 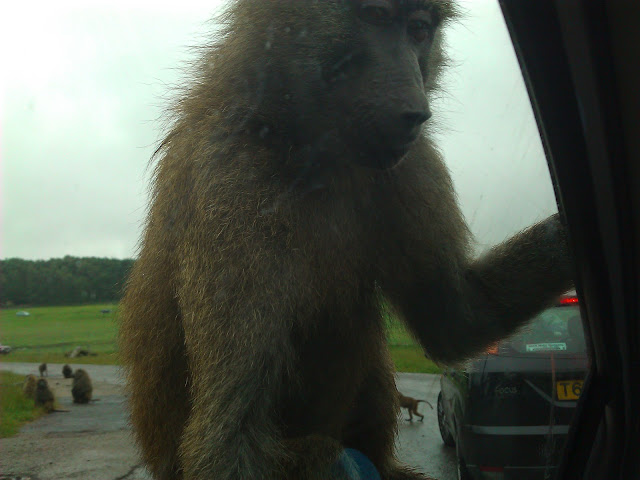 They ate the bits that put windscreen washer stuff in the wipers or whatever, the tube that squirts the water out that bit. It was so funny, but at the same time I thought monkeys were just going to wreck the car and then eat us or something! I also got wrong for winding my window down several times on Tuesday for example in the Lions section so I could get a decent photo I put my window down a little then I got wrong again! 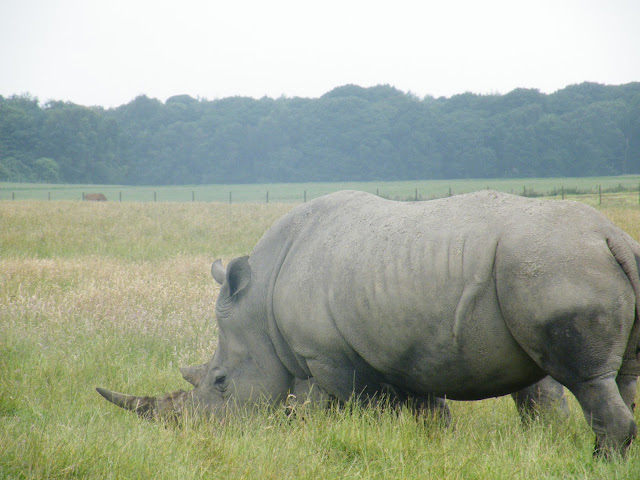 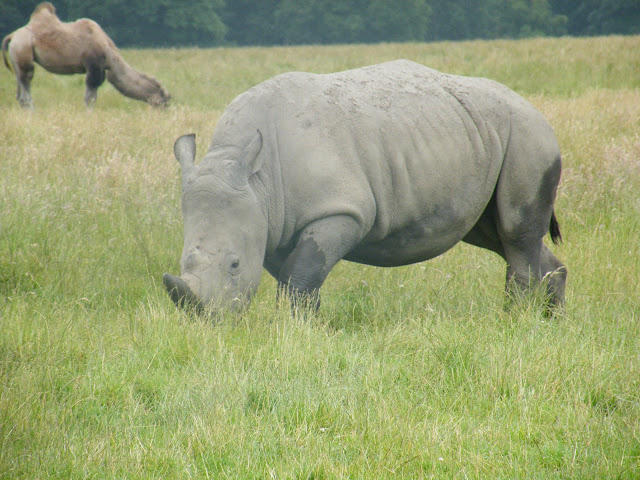 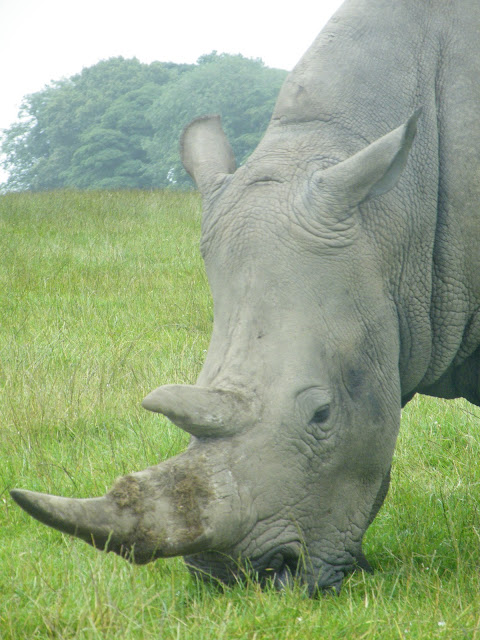 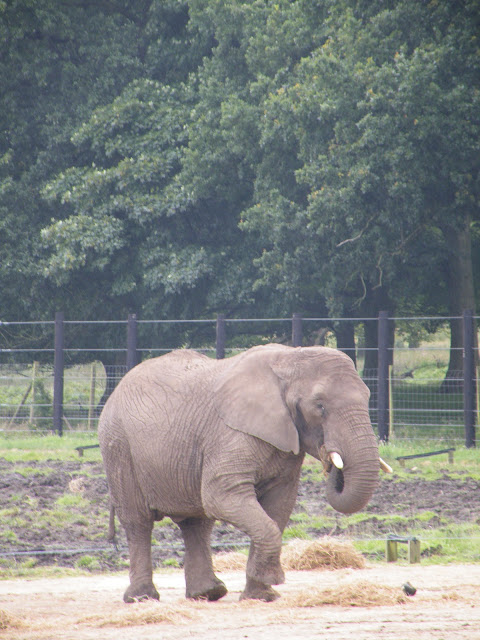 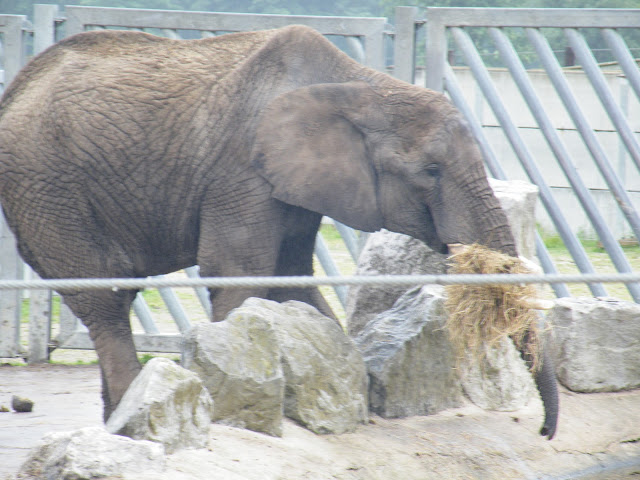 Unfortunately we missed the sea lion show! We also forgot to visit the batcave thing which was a real shame because I love bats, I honestly think they are so adorable! 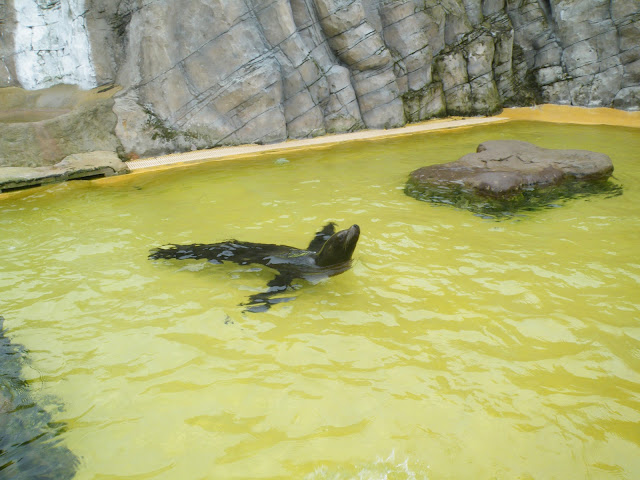 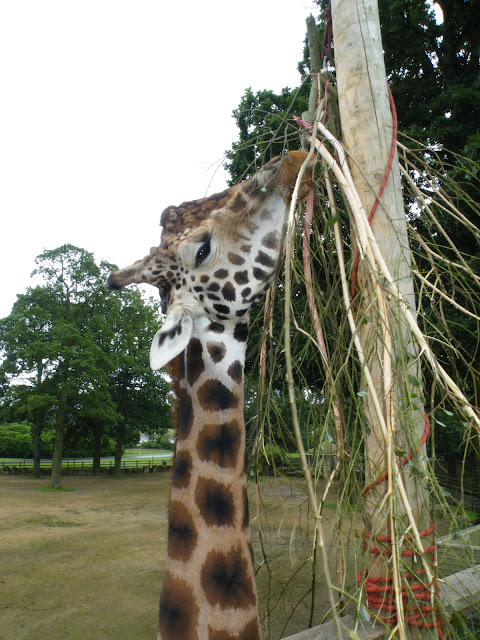 The Giraffe's are my favourite part of any animal themed place. They are just so beautiful and graceful and just lush! 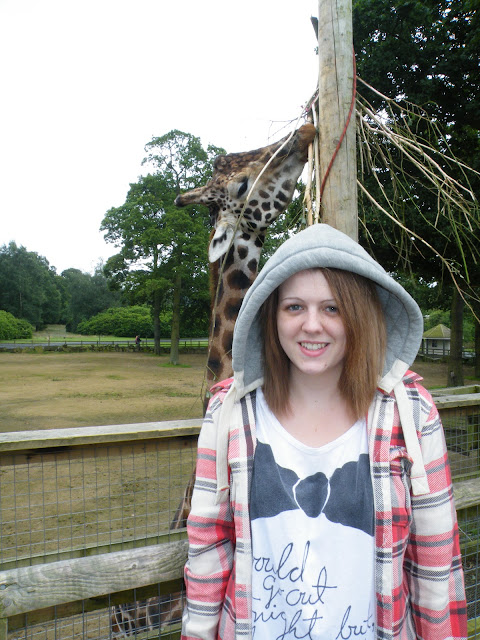 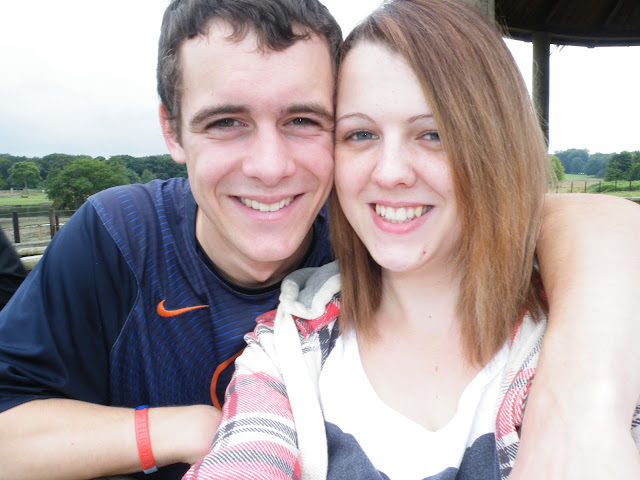 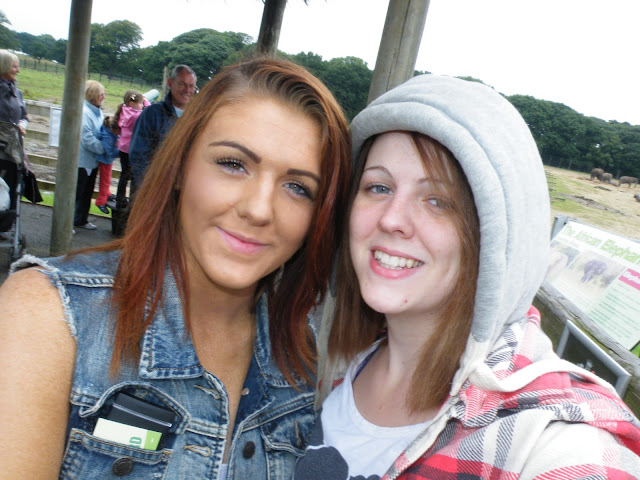 This is my sister Emilia and Me, as you can see we are completely different, she loves make up and false tan and I don't really care for either. 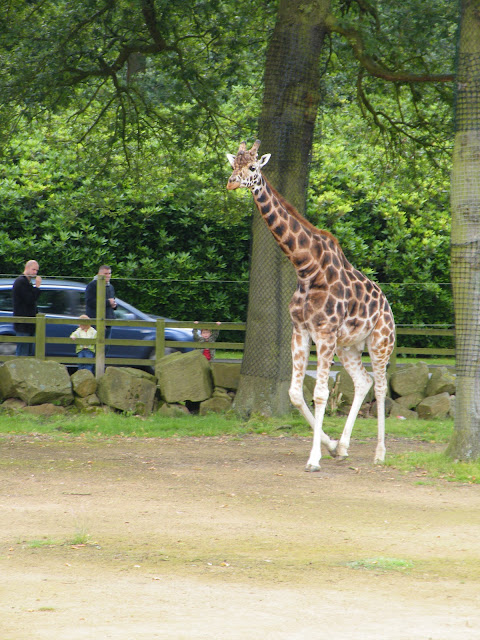 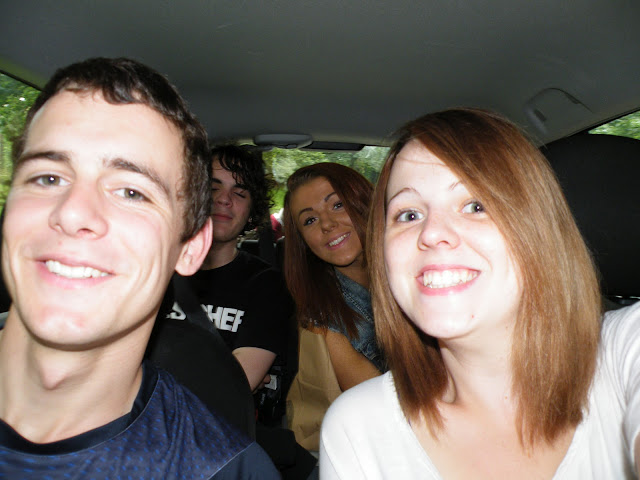 This is the four of us, John, Tom, Emilia and Me. We all look mad but we'd been up since 7am and been driving for about 7 hours or something silly like that! And this pretty much concludes my trip to Knowsley! 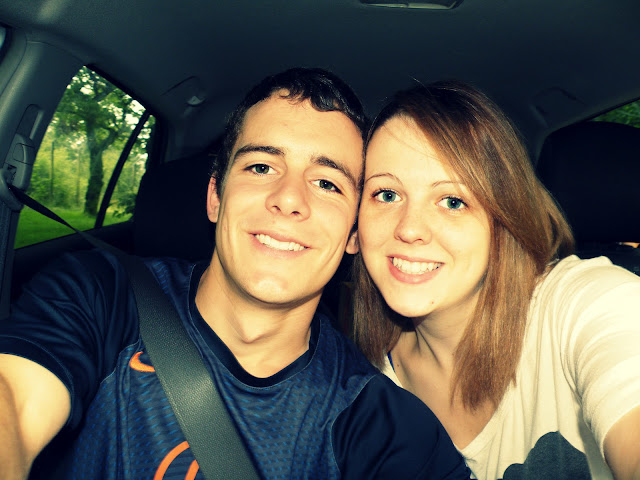 To finish have a wonderful photo of me and John. So I'm now almost up to date with my posts just one more to go! Bye for now!