No outings are better than family outings. August 1st-4th. days 39-42. 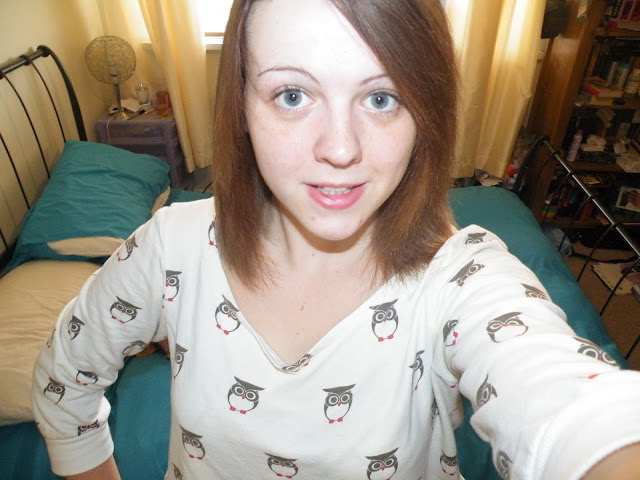 Wednesday was a pretty dull day, I spent it tidying the house and waiting for my Avon order to arrive. Thursday was really fun though, my granda decided to go to Escomb, which is a tiny little area seriously its small as anything! Its pretty well known because it has a rather famous Saxon Church. Which is absolutely beautiful you must visit it seriously. I've been countless times with my Granda its one of his favourite places since he pretty much grew up in the area.. 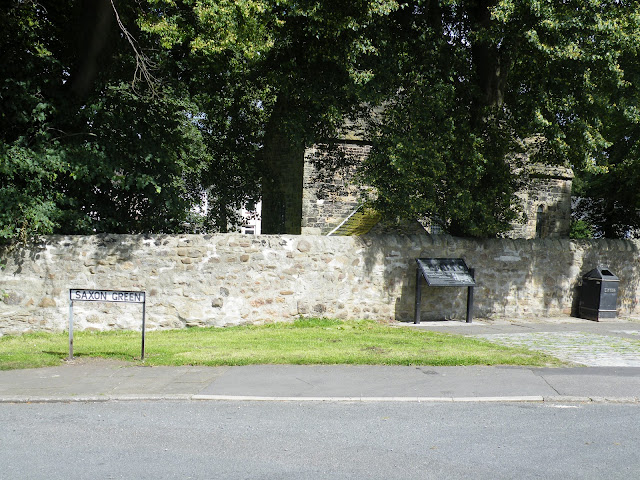 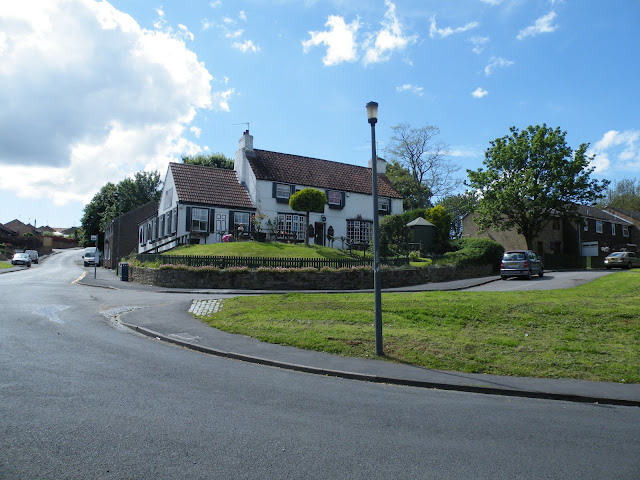 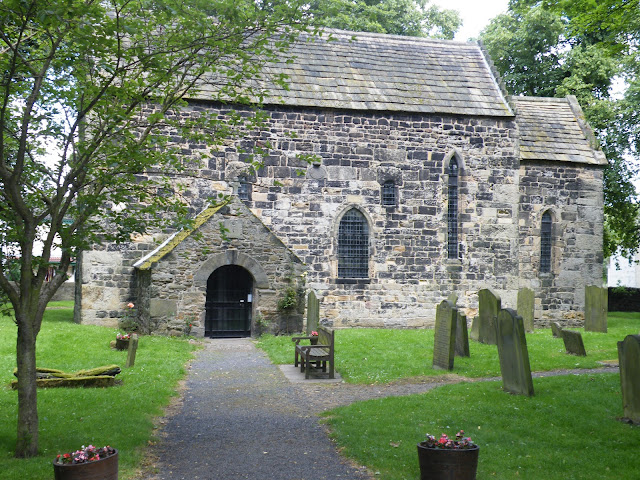 This is the church, some of the graves go as far back as 1720! Well those are the readable ones! Some are even wrote in Anglo-Saxon! Its well worth a trip to seriously. 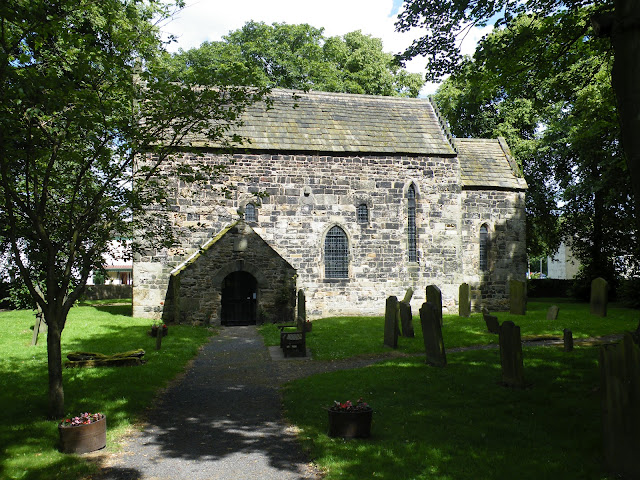 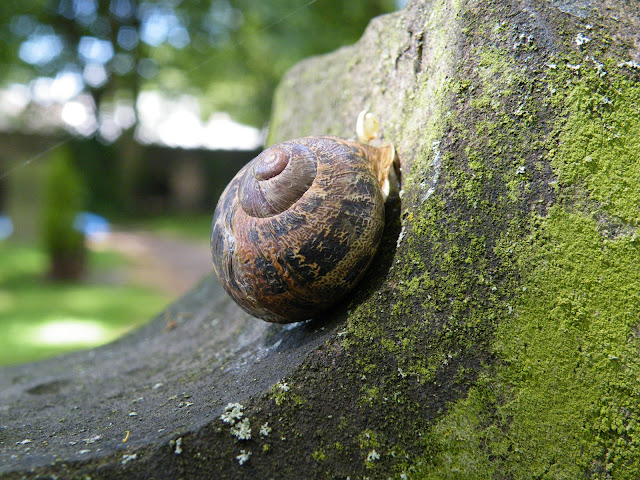 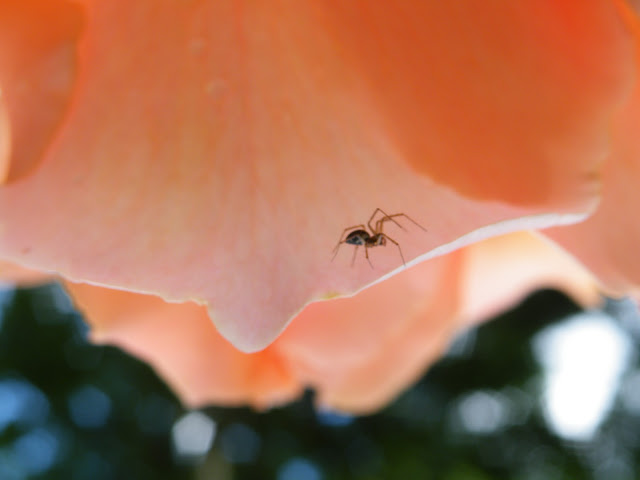 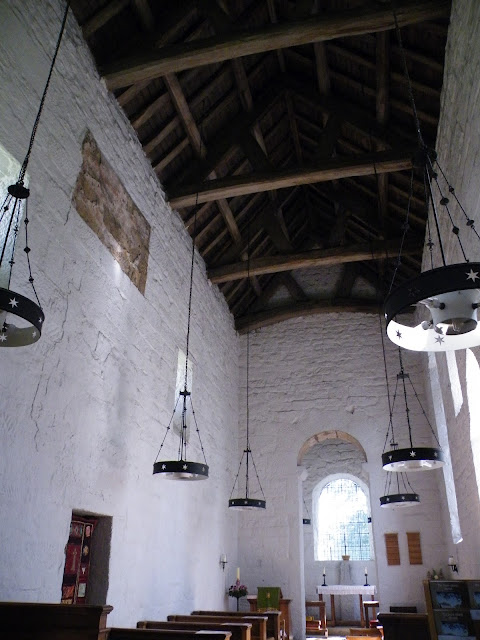 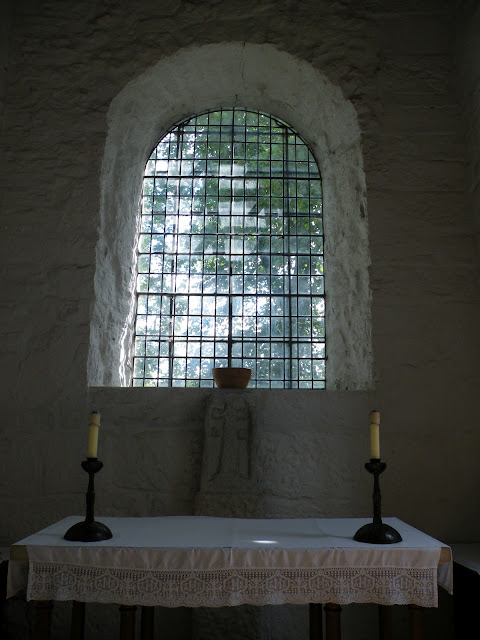 Escomb church is known as one of Europe's most complete Saxon Church, and is the oldest complete Saxon church within the UK. It was built in c. 670-675 so you can imagine its age, the majority of its stone is from a Roman Fort in Binchester. It really is worth a visit its beautiful, all you have to do is go to the vicar's house collect the keys and let yourself in! For more information visit  http://escombsaxonchurch.co.uk/ 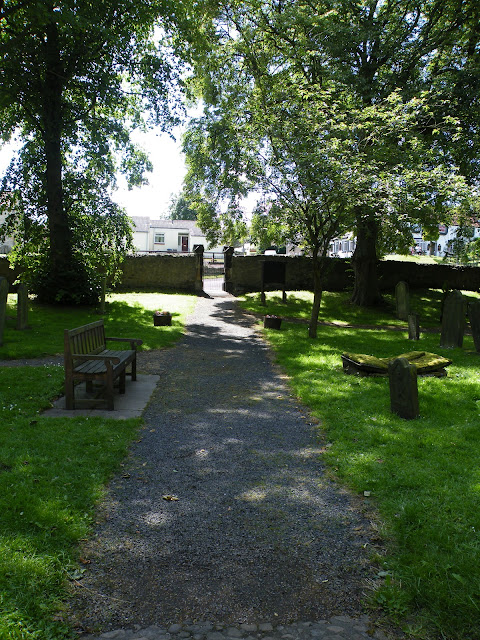 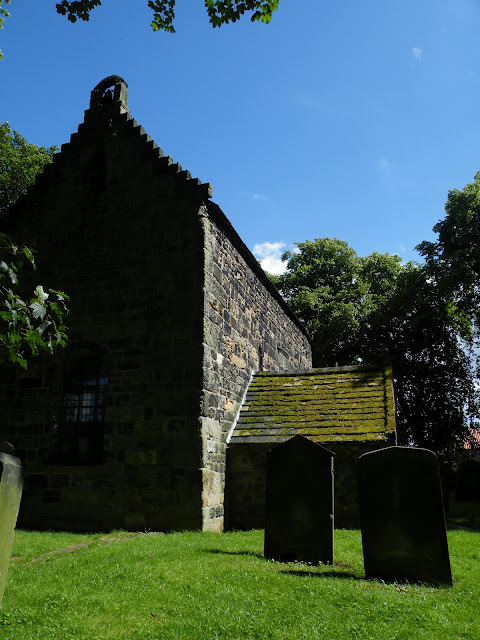 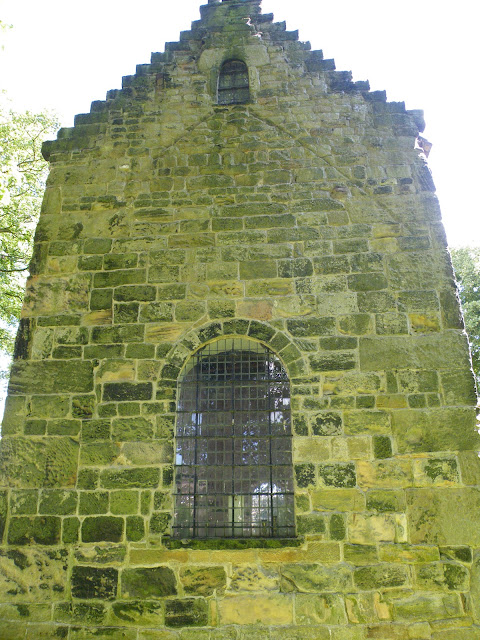 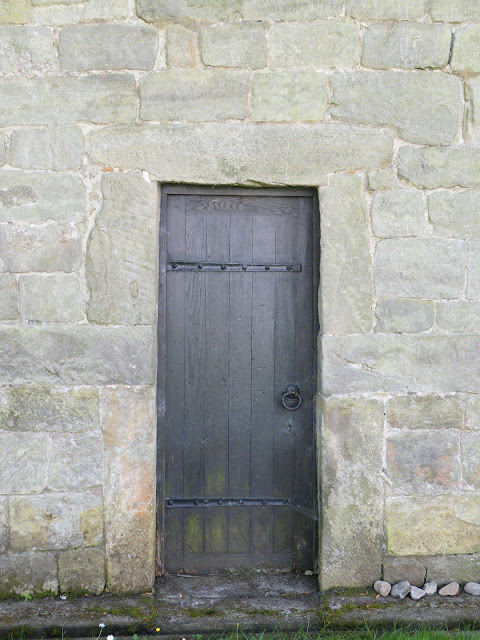 This is the north door of the church, it is also known as the devils door.  The door during medieval and Saxon times was opened during christenings because it was believed that the devil and daemons lived within an unbaptised child's soul and so the door would be opened during the baptism so that the evil spirits / the devil would be able leave when it was driven out of the child's soul during baptism. 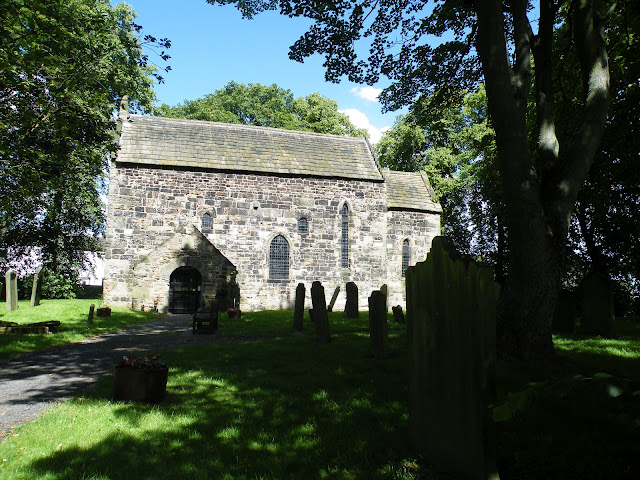 Once we'd finished at Escomb my granda took me down to the river where his dad had taught him to swim and he'd taught my mam. 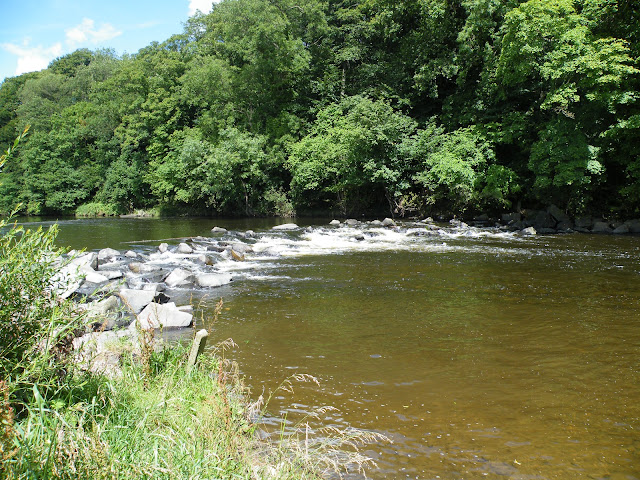 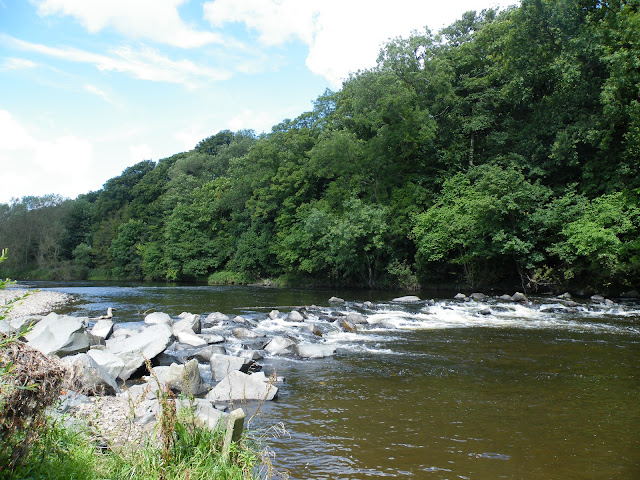 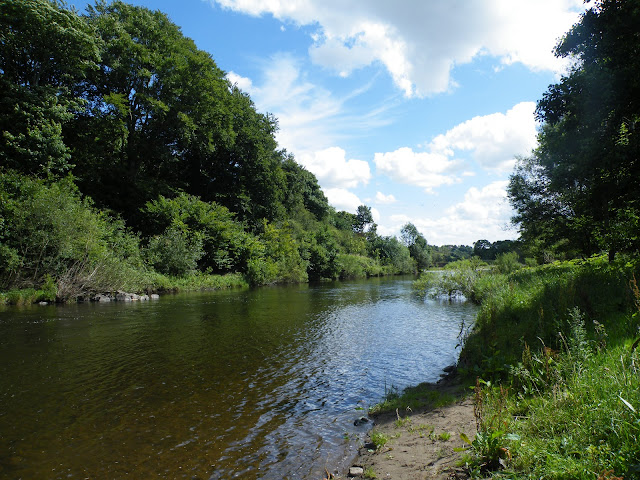 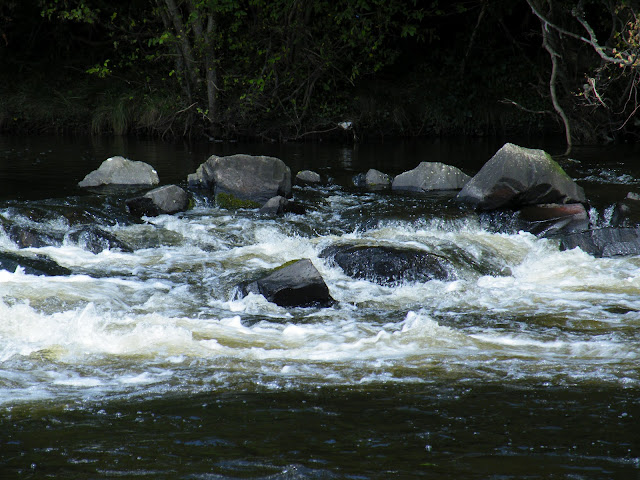 Seriously its such a nice place to visit for a day trip. 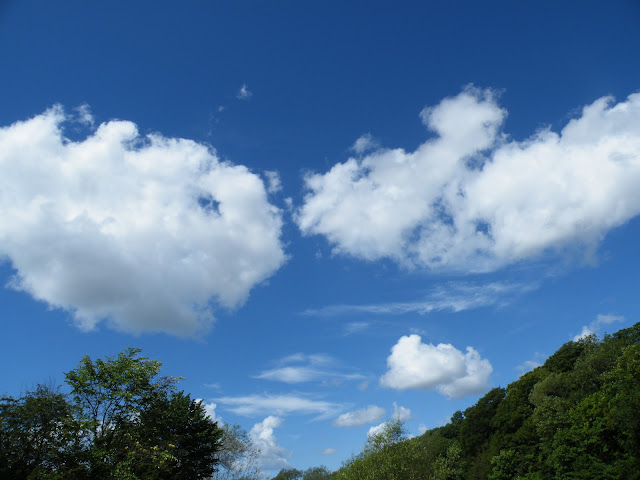 That was my Thursday day time, the night brought some sad news. The boy who I knew from school who was missing had been found dead. It was absolutely devastating news, it made me realise how short life really is. He was such a wonderful guy, so funny seriously. I have a few fond memories of him and I'm sure no one in Ferryhill will forget him. I hadn't properly spoken to him since I'd gone to college but it still really upset me to hear he'd died. I'm still a little teary today like when I've been asked what happened like by my dad who asked if I knew him since he lived pretty much out the back of our house. So Kelvin Rip, you were a wonderful person, so funny. I pretty much fancied you for like 3 years but you know everyone did because you were gorgeous. I'd post a photo but I don't feel like it would be appropriate although there is a somewhat nice one of us together from one night when a few of us went down the cot and had some booze and ended up getting soaked because it starting rain none stop for ages! We thought we were going to die it was dark and wet, it was awful! In the middle of the woods haha. It was such a good night that night, in fact the entire summer of 2010 was just amazing. I miss everyone I spent it with really. But I'm now going to move on to a happier topic because I'm getting myself upset.
Friday was spent pretty much doing nothing apart from booking a holiday, well a camping trip! Me and John are off to the Scottish west coast for a few days this week! So excited! Apart from that it was pretty boring. Saturday was spent with my dad and sisters since they've just got back from Northfolk pretty boring too really, Sunday I've spent the day packing and went to visit some old friends from school which was really nice. I had a rather good time, very funny shame I had to leave early so I could find my tent, which I still can't find! Oh well its been a good day today though, so nice to see people I haven't seen for a while. 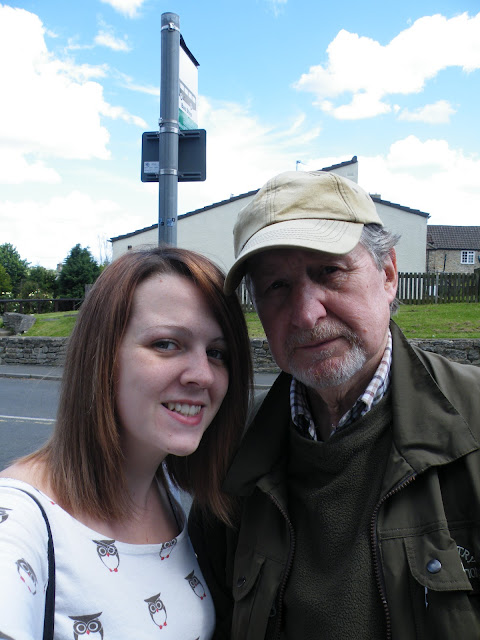 Finally I will leave you with a photo of me and the Greatest granda in the world! Granda Ronnie who takes me out on many trips to fab places so we can have a 'photography day' together as he calls them. I love him and Gran Dot to bits they are so good to me seriously. On that note though, I better go and finish the last of my packing and get a bath before John gets here! Hope you've all had a good weekend.