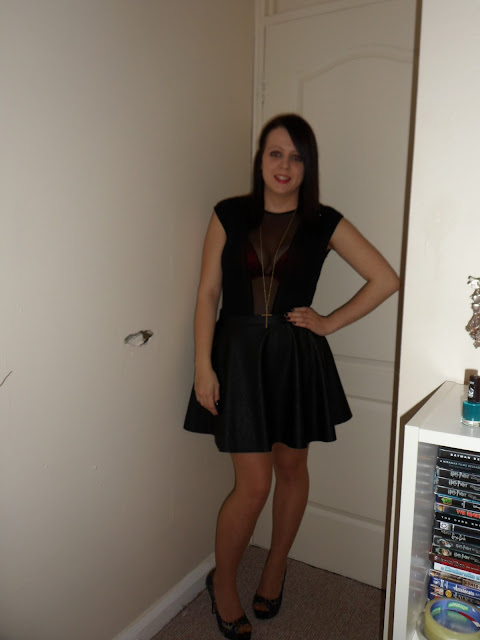 So originally this was going to be an outfit post but I only got one actual photo of my outfit so I thought I'd share my new favourite outfit with you and some photos from Saturday night which was spent in a somewhat drunk state in Newcastle for John's 20th Birthday!
My outfit got me many compliments on Saturday night I wasn't sure about it at first I was worried I looked fat and rather wide, since I have quite large hips. But it appears the lads at least appreciated it.
Top - Parisia in Darlington
Skirt - New Look
Shoes - Iron Fist from Schuh
Necklace - River Island
Earrings - River Island 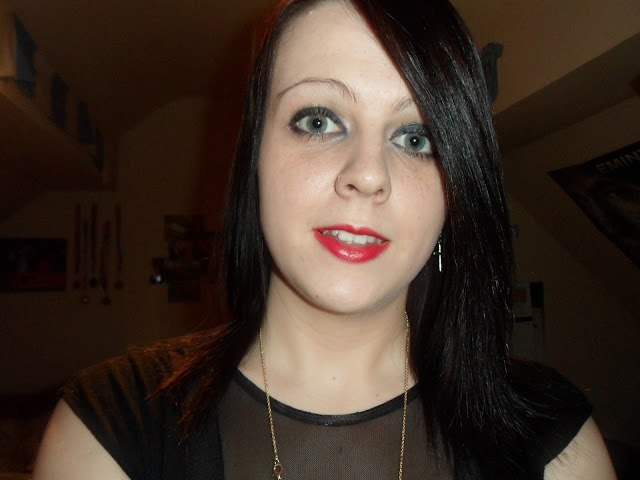 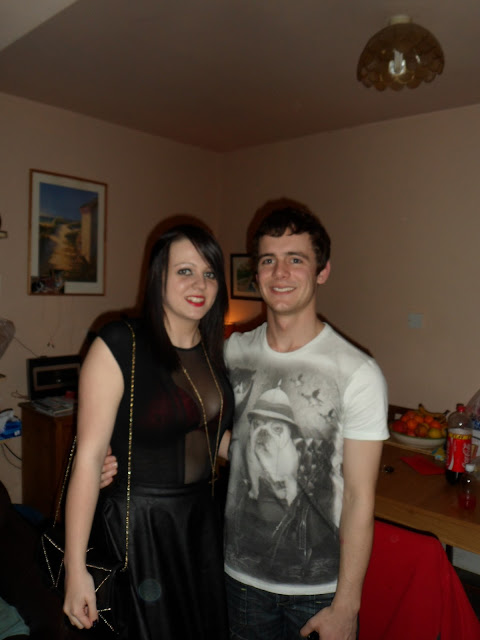 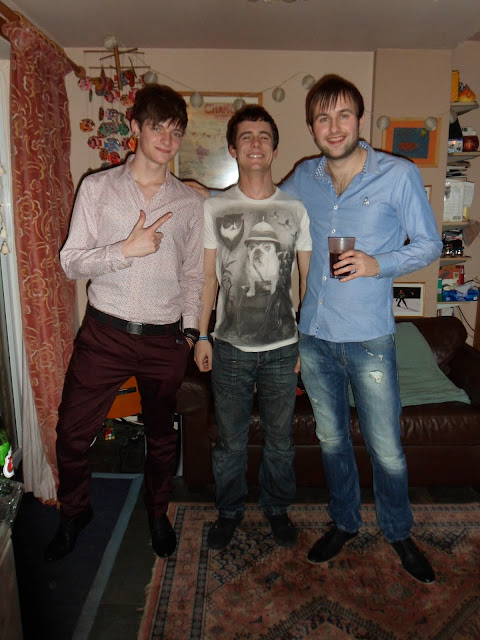 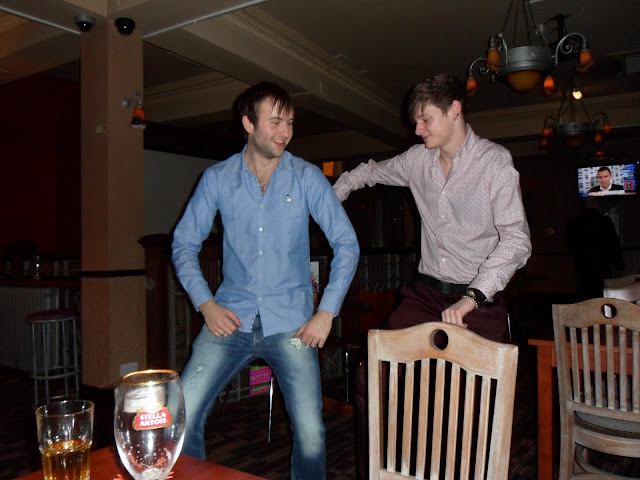 The boys were drunk before we'd even left the house and 10 minutes of being in the club and they start whacking out gangman style. 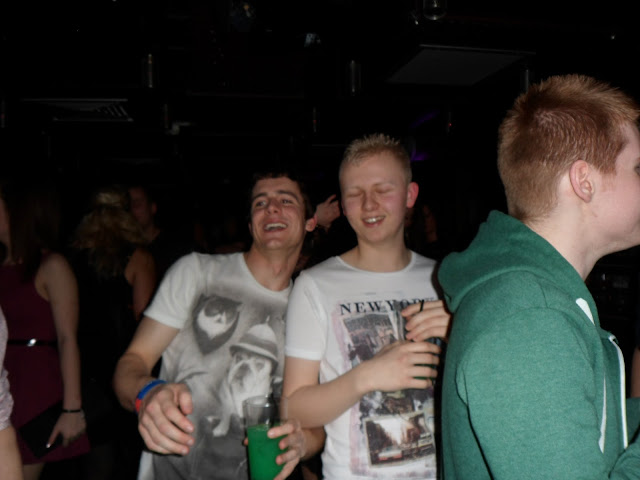 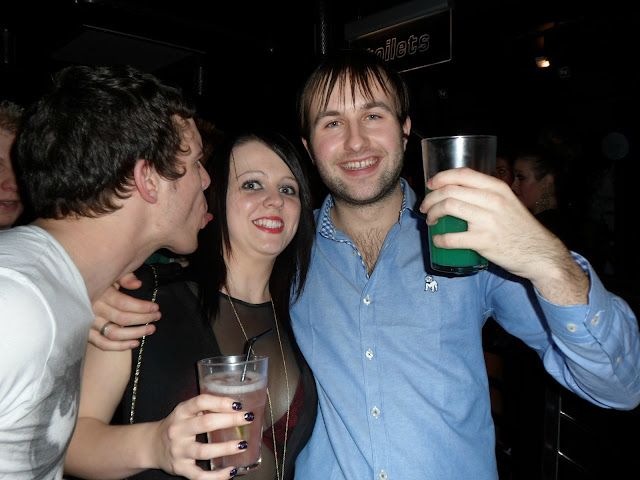 We visited Yates, Mushroom, Mile Castle, Gotham and Digital.
Mushroom was my least favourite club, yes it sells nice cocktails but the music is awful same beat after beat. Gotham is my favourite though, the 10 minutes I was allowed in there I heard music by The Smiths, Metallica, The Cure and more I loved it.
Digital isn't too bad if you don't mind losing all your friends and either listening to rap, dance or indie music. The indie floor isn't too bad but I've heard better music. 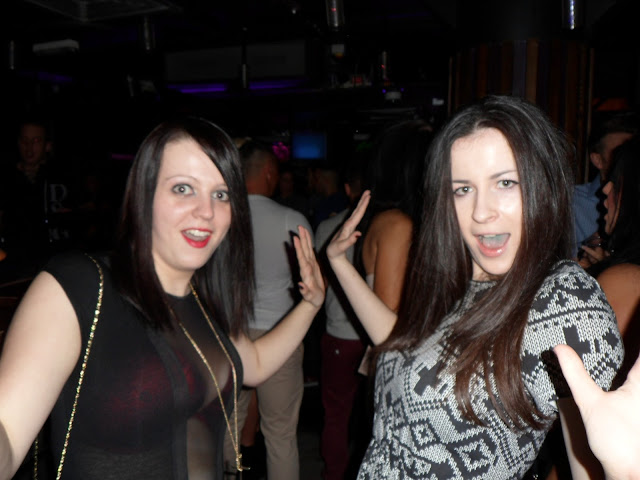 Me and Beth doing 'the glen robson' Glen dances with his arms out moving his shoulders. Its rather funny to be honest. 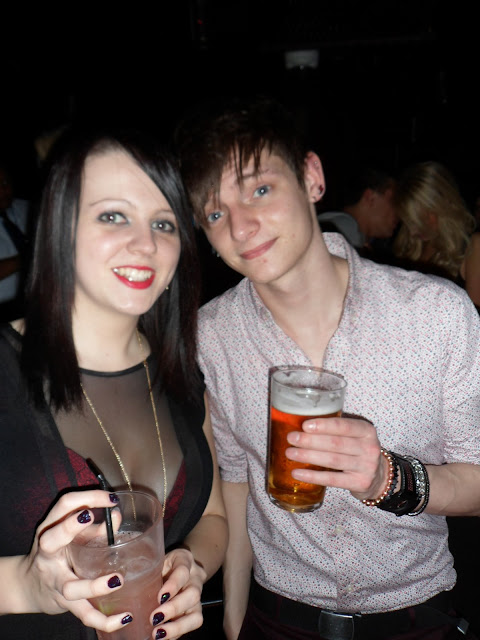 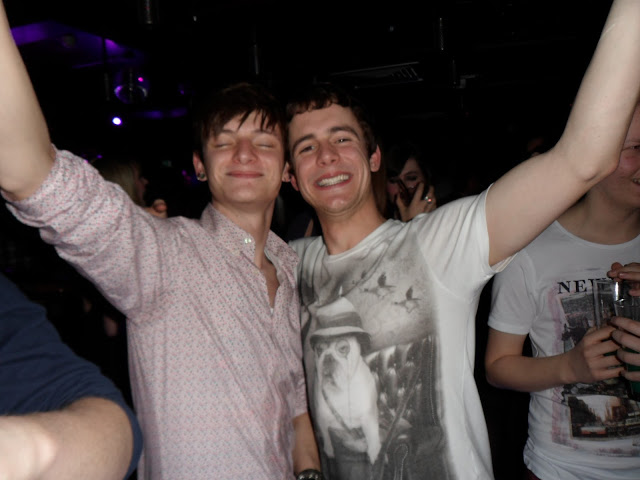 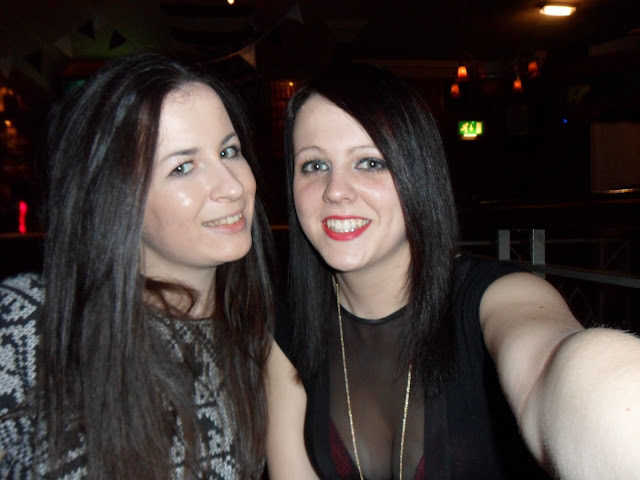 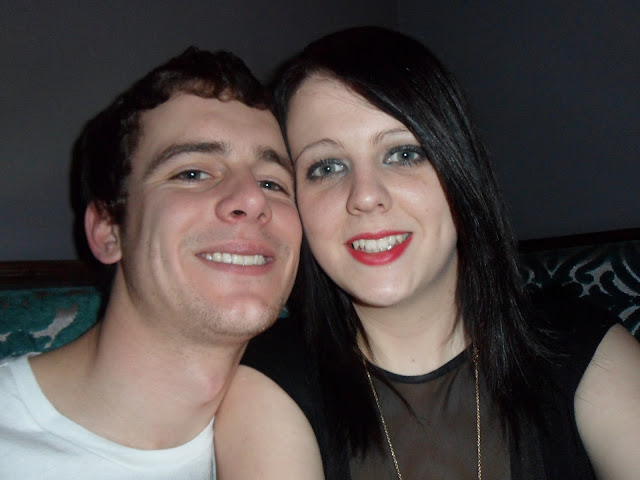 After quite a few drinks I think it's rather hard to get a nice photo with out squinty eyes and tired looking faces. 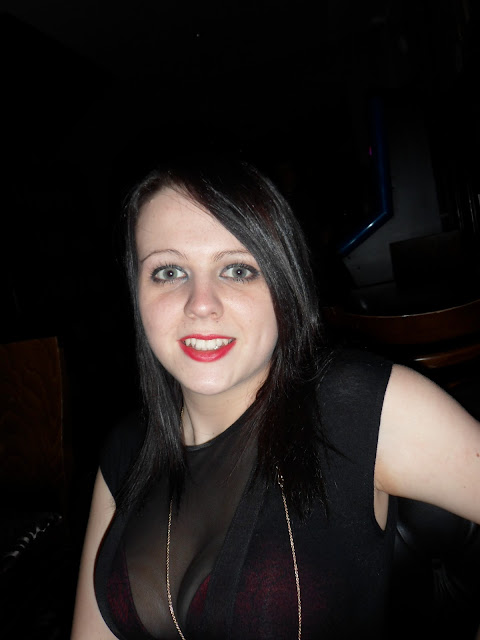 Hopefully in future I'll be able to get better photos for outfit posts and be able to structure them better but hey ho here's my outfit and my Saturday night!
The title of the post comes from lyrics from this song right here