Where have I been hiding? 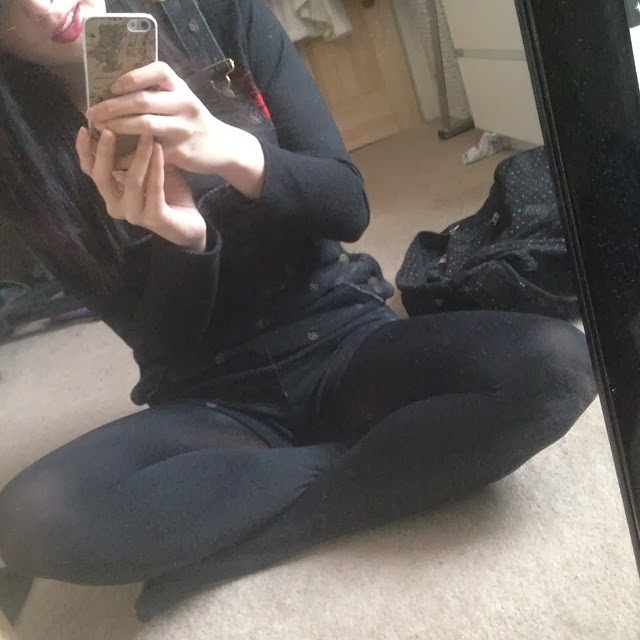 So I've been kind of hiding from blogging the past few weeks, I start posts and just never seem to finish them or post them! I just feel like I never have time to blog anymore. February brought so much uni work that I thought I'd drown March isn't much better either, but I plan on getting the majority of my work done early so I have more time to blog, since March is a super busy month for me aside from assignment work so I'll have much more to blog about! I've even been tweeting less and forgetting to instagram every day for my #100happydays that's how busy I've been! Although I do find time to take many selfies because sometimes I just like how my face looks. But sitting behind a computer writing about Bacteria and stuff for 4 hours really puts me off coming home and sitting behind a computer to blog because you know I've had enough of computers and just want food and bed haha.
I'm really sorry that I haven't posted much lately but I haven't been getting much response from you guys either comment wise or anything so I haven't felt very motivated since I feel like no one really cares about the junk I write anymore.
I promise I have so many posts on the way, March is going to be jam packed with fun I'm not even kidding I have 2 gigs, a trip to Lincoln, Afternoon tea, several birthday parties and my 20th! So I'll have plenty of exciting things to blog about. And this week I'm off to Psyche in Middlesbrough for a blog event also so I have plenty of things to write about so hopefully I'll be more inspired to blog.


Hopefully though I'll be back in blogging mood/swing of it by the start of March! (Which isn't far off I know but I'm hoping)
K. x
Follow me on Bloglovin', Instagram &Twitter