So on Friday the day I'd been waiting months for finally arrived, I was far too excited for my own good. I swear I was just bouncing about you have no idea honestly. I've loved Fall Out Boy for so long I felt like I'd waited my life for this although I had seen them at Leeds festival last summer but I wanted to see them in a venue where the sound didn't escape and I could see much better haha. We got to Newcastle for about half four and got in a bit early for some merch it took me an age to decided on a top! One of the support bands didn't get to play due to being pulled over and having certain items on the bus haha. The Pretty Reckless though they were amazing! Taylor Momsen is just a super babe I was in pure awe of her she's just I want to be her! Haha. Fall Out Boy followed soon after and I just about died but more on that after I share these photos with you, I took my new bridge camera and oh my I am in love the quality is 84272 x better than my last camera! 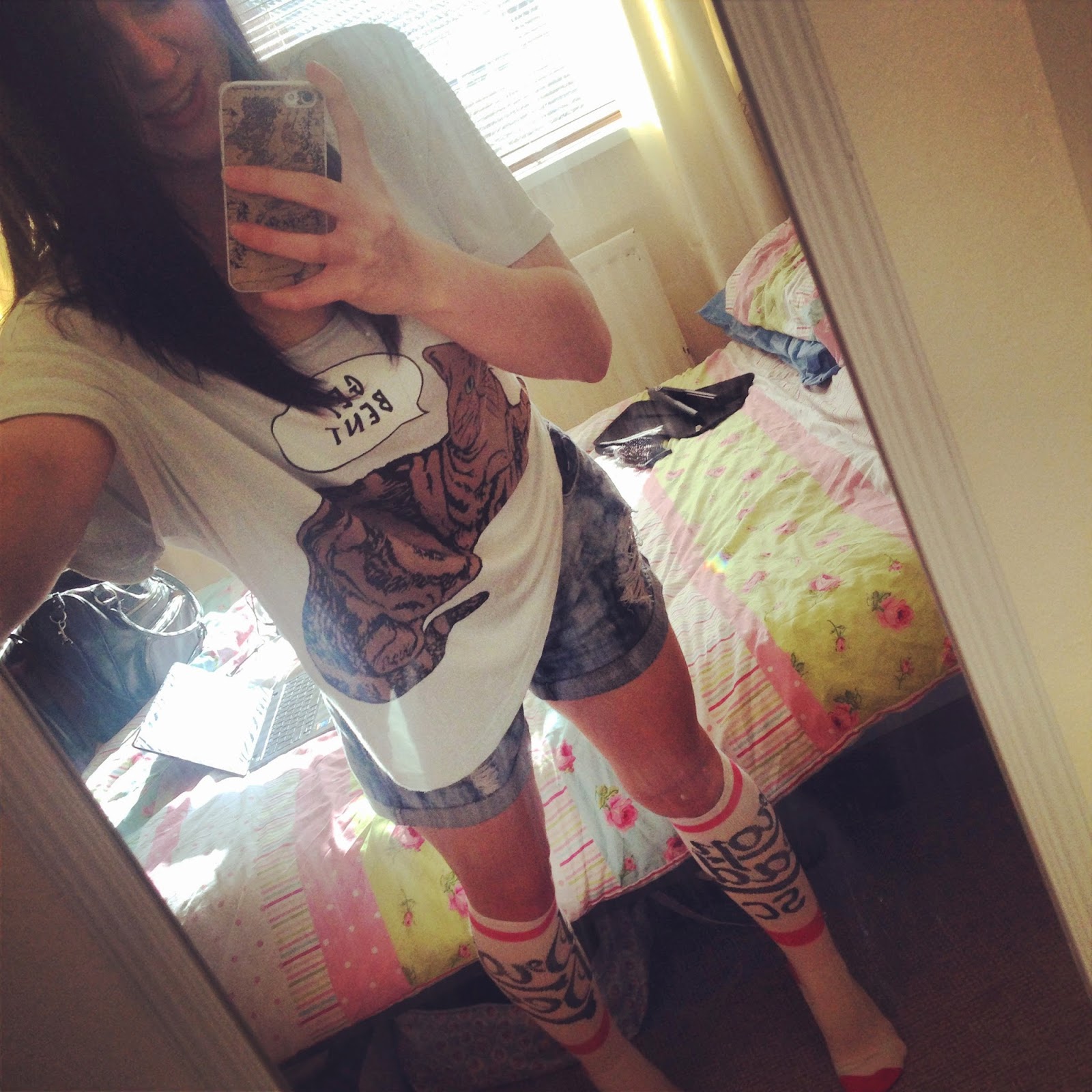 I wore an entire outfit of Drop Dead! I love the shirt haha. 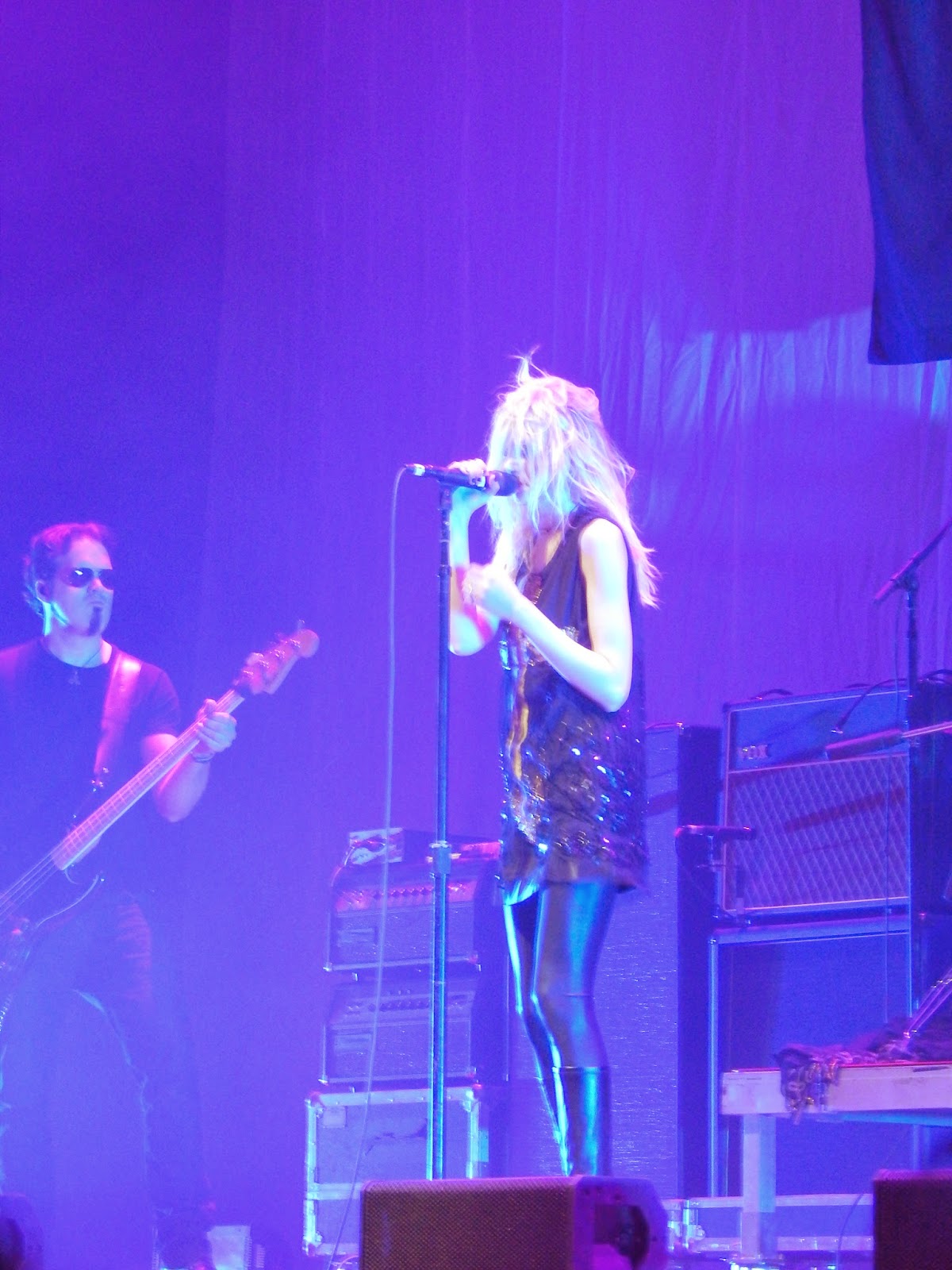 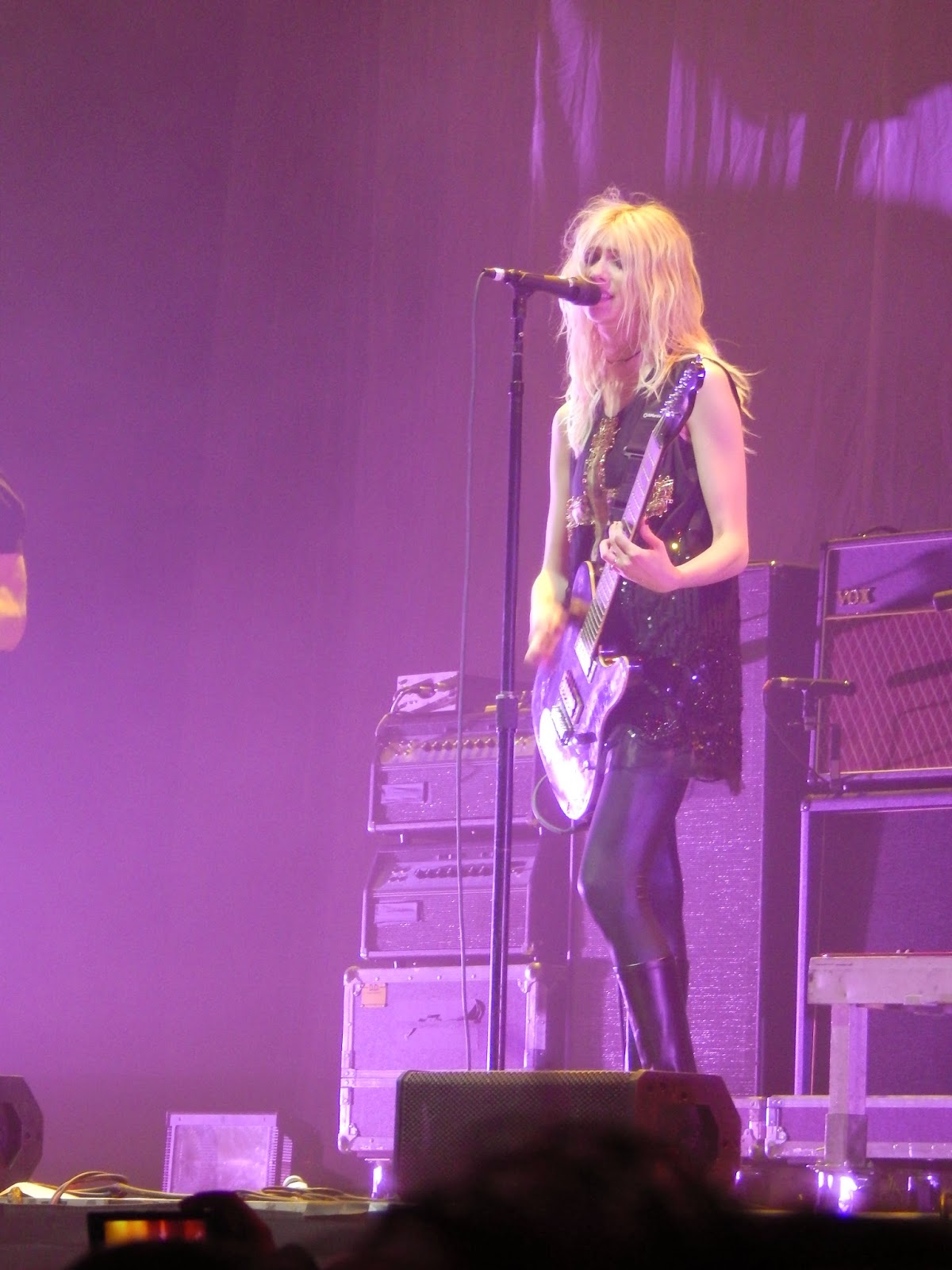 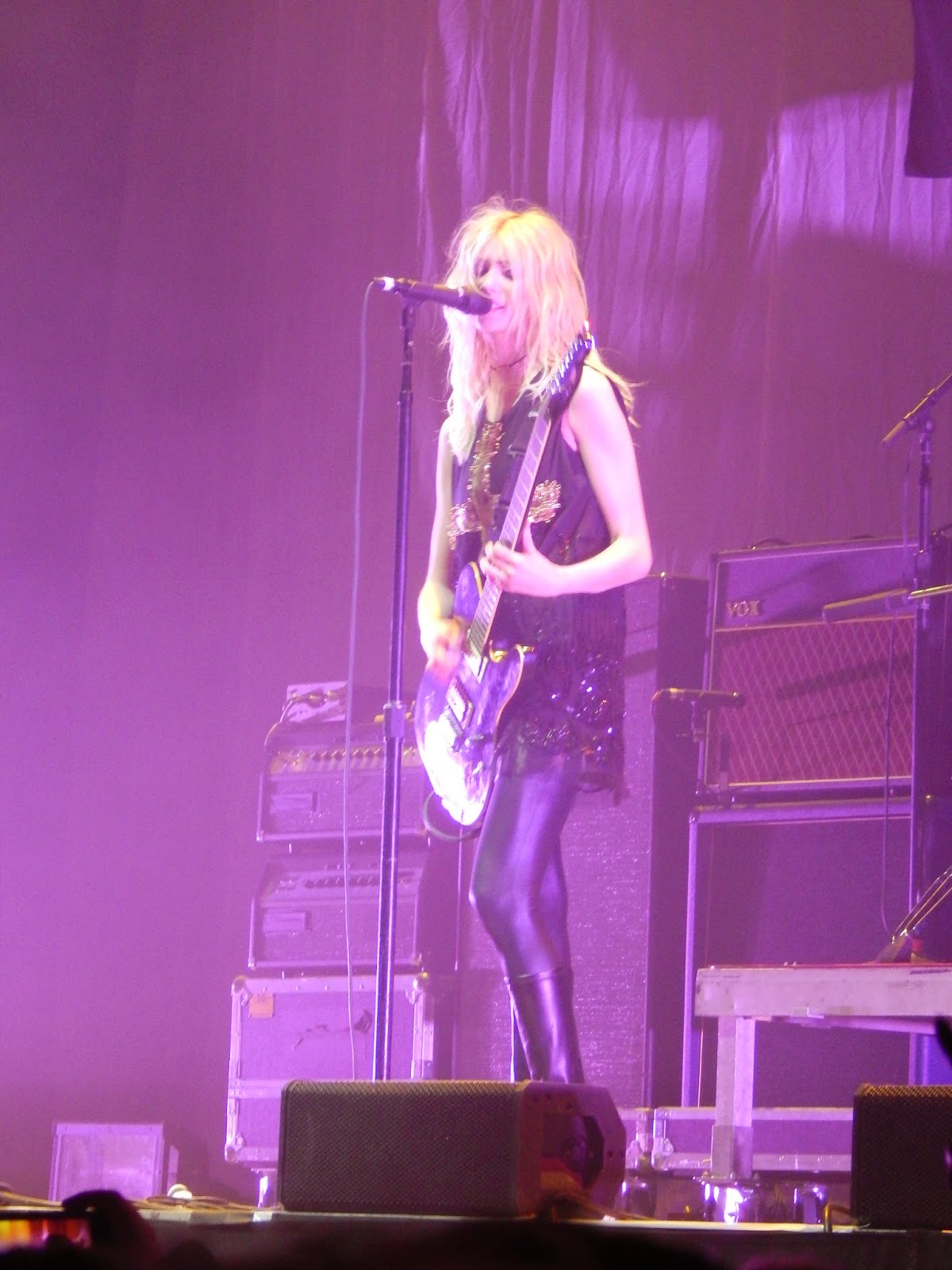 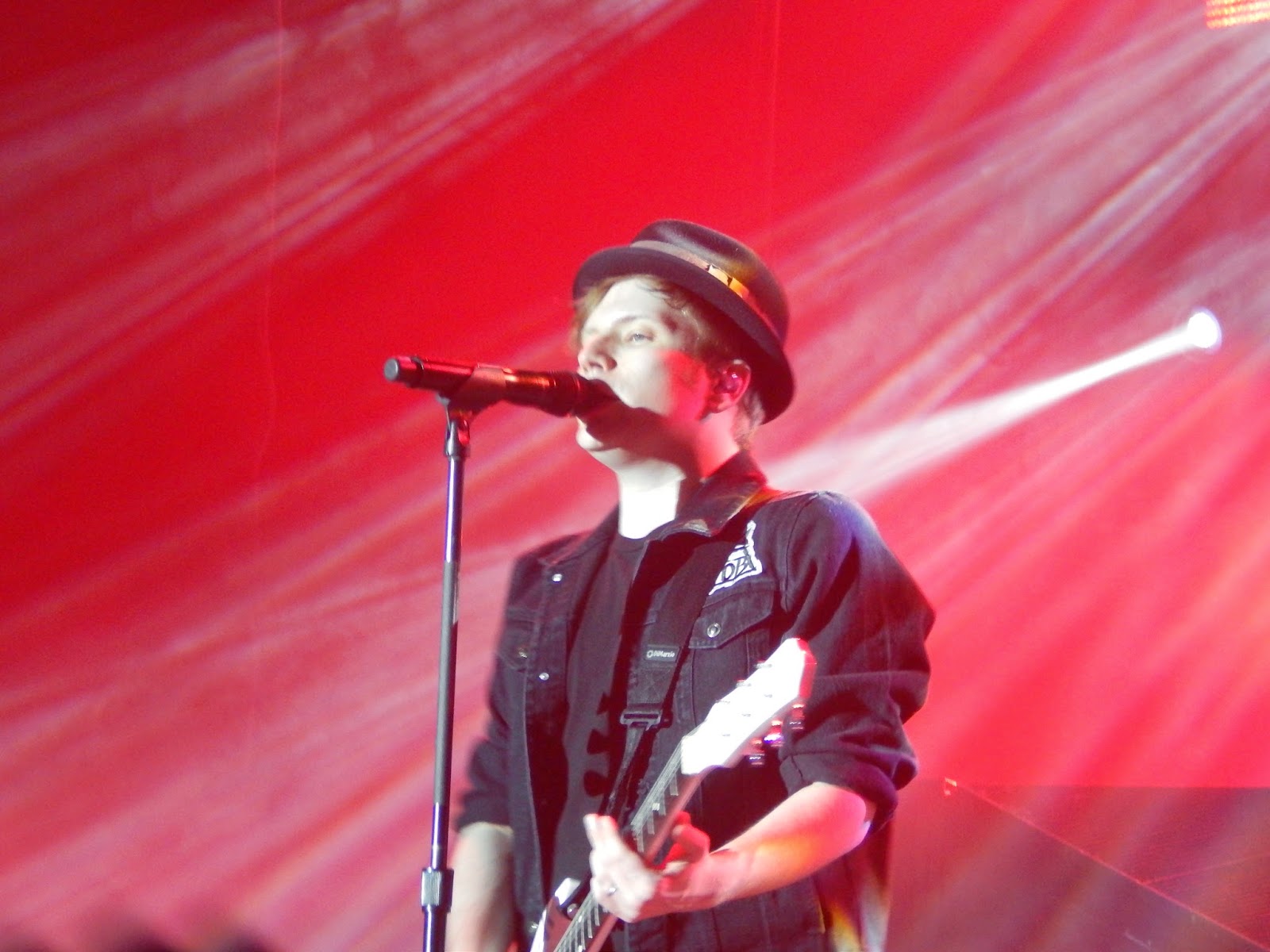 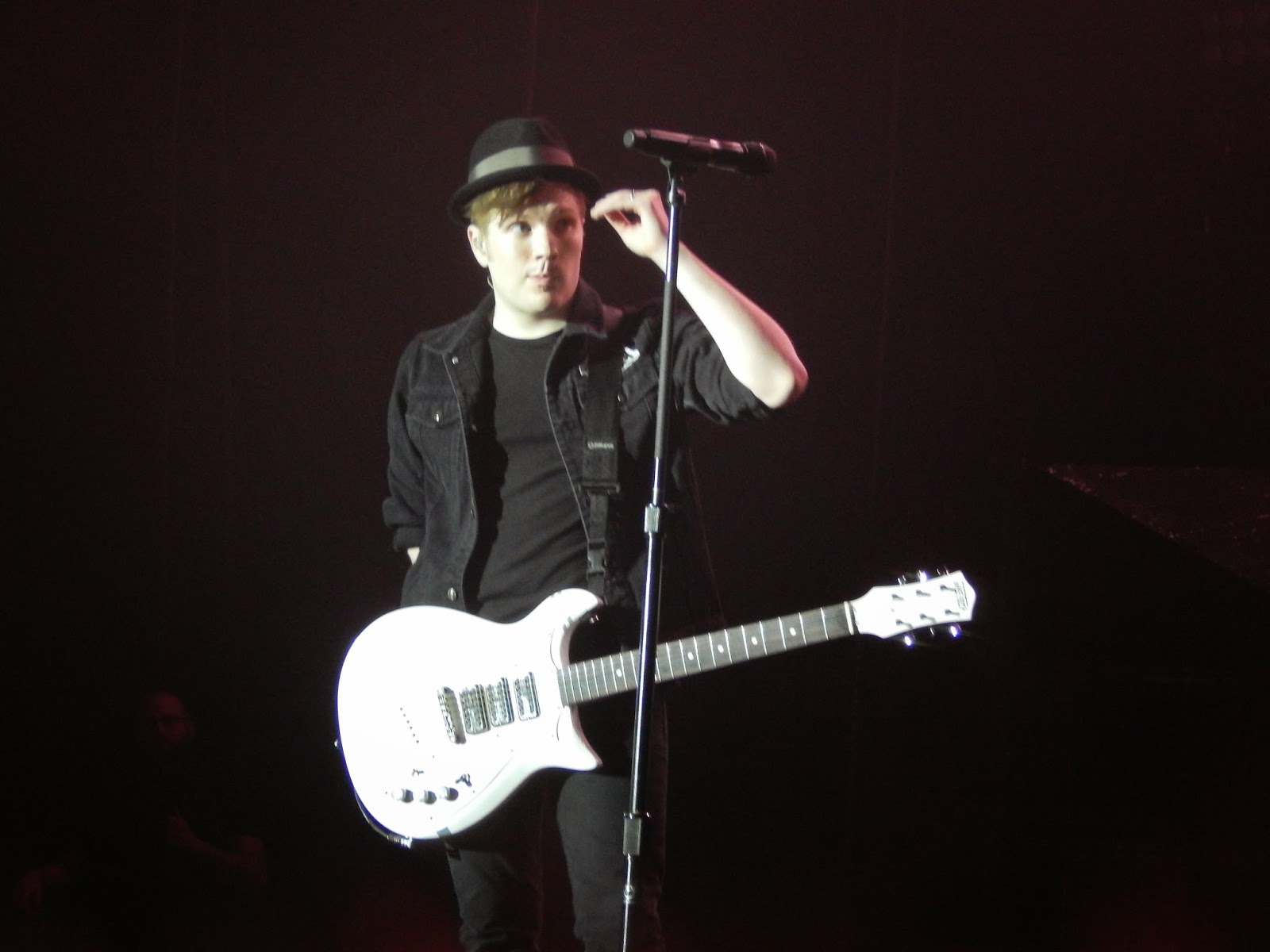 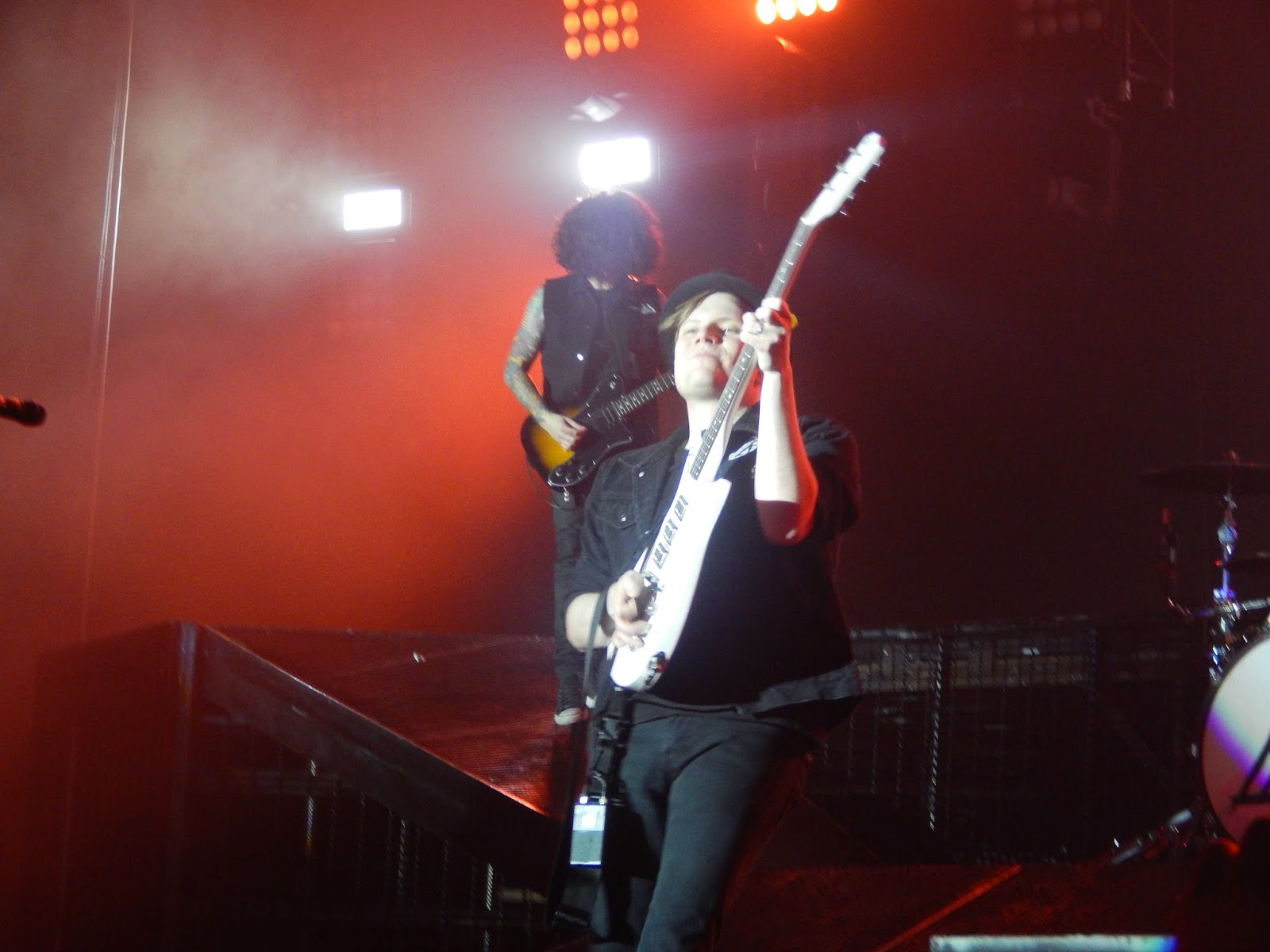 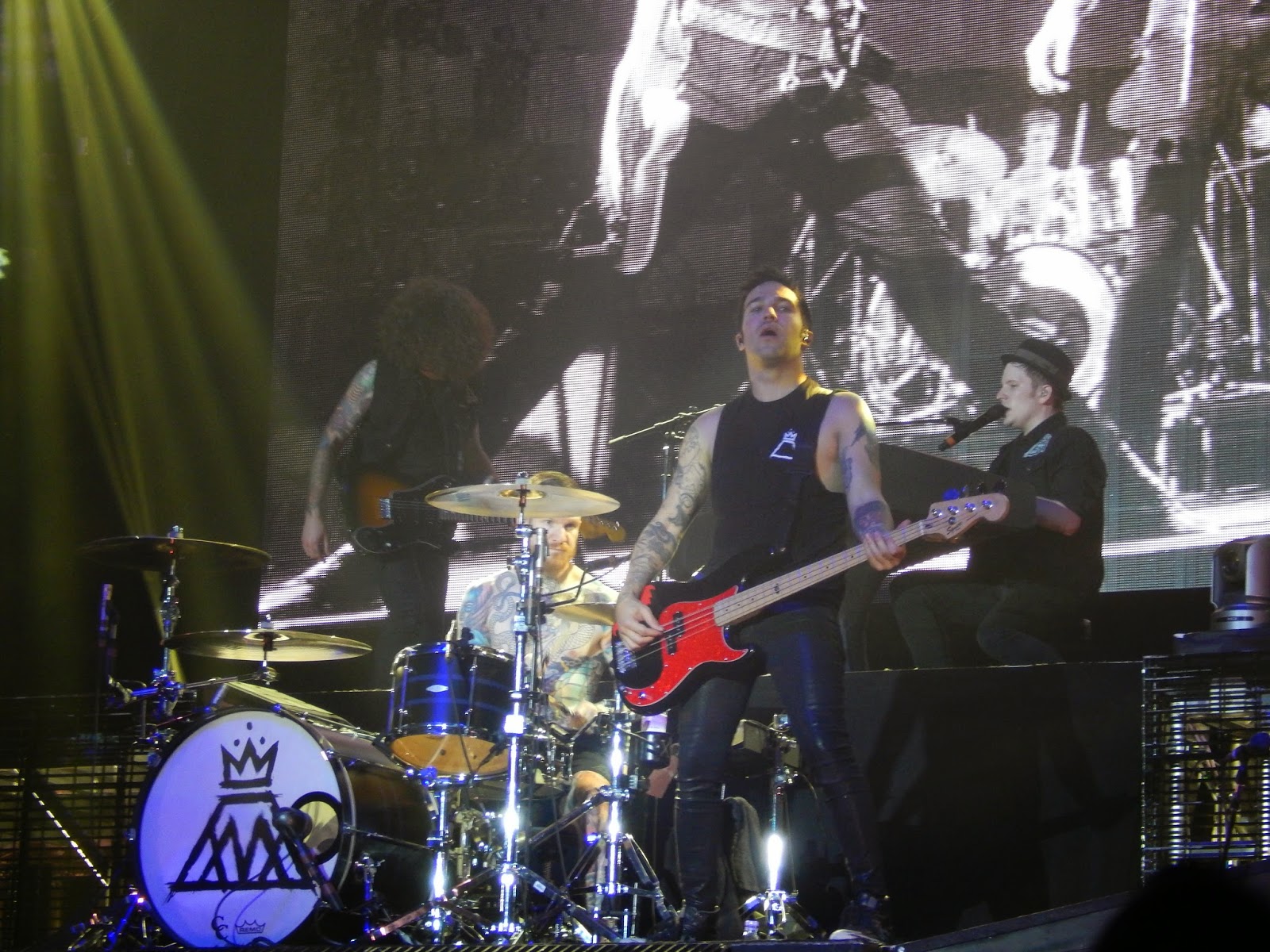 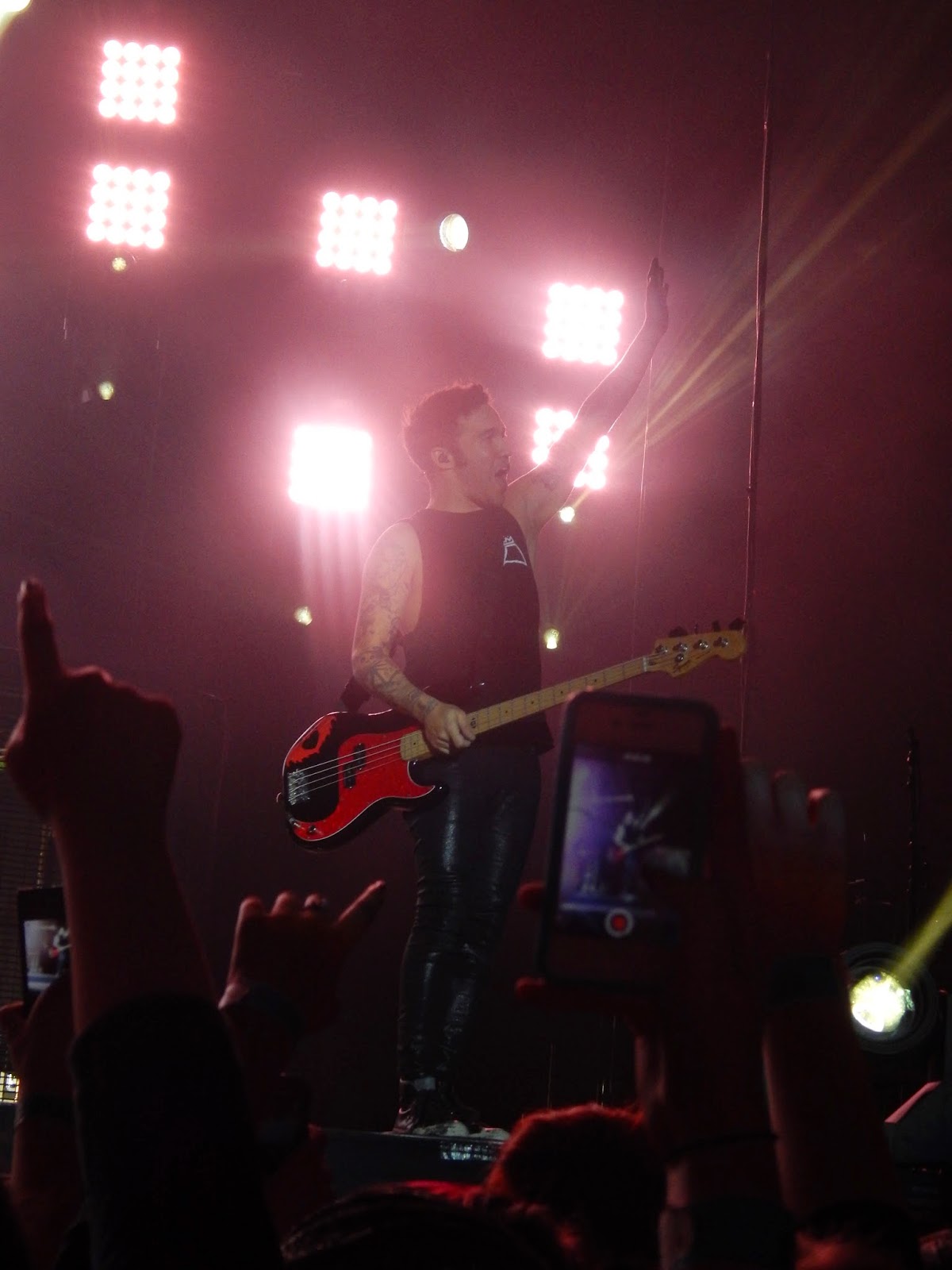 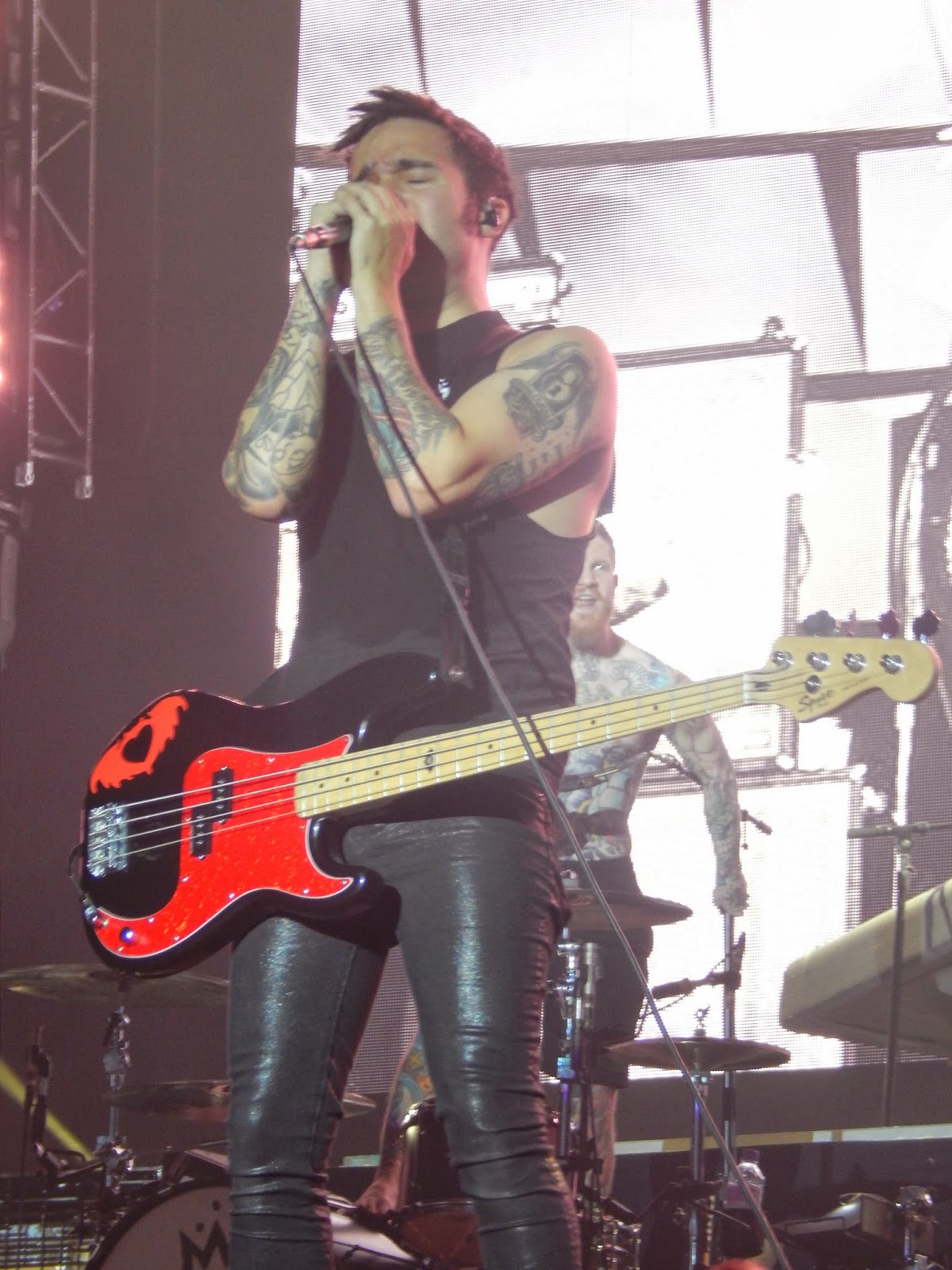 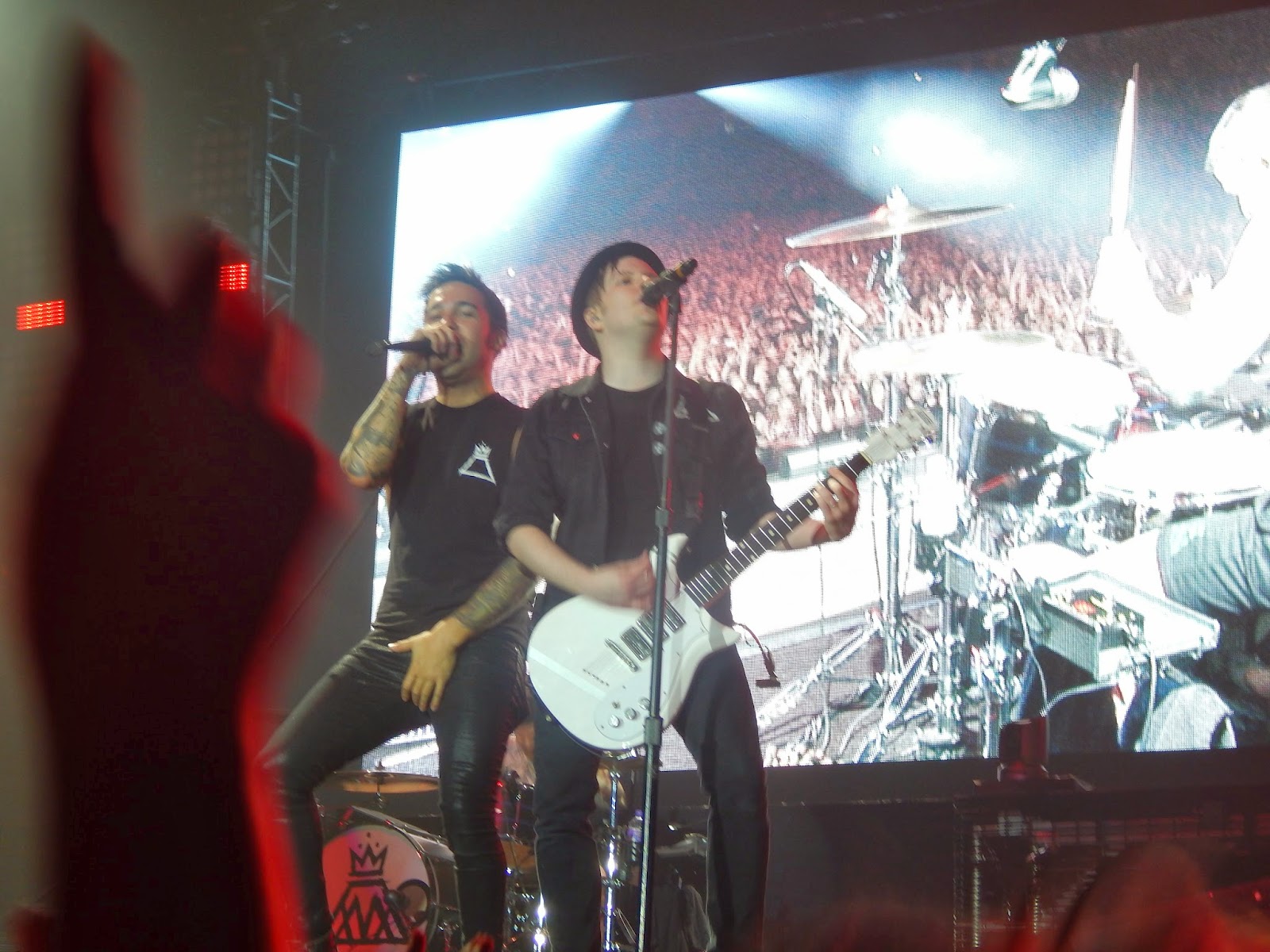 Look at those mega babes! Why am I not in bed with either Pete Wentz or Patrick Stump? Or both? Seriously. I went into full fan girl mode when they came on stage, I pretty much over did it with excitement within the first five minutes of the show because I got to the point where I was almost hyperventilating I was that excited! We were about two/three rows from the front which was brilliant and I could see for the entire show! I may have even had a tear or two when they played Chicago is so two years ago it's one of my favourites, Take This To Your Grave is just one of the best albums ever in my opinion so it was a definite treat to hear it live and acoustic! The boys were amazing they played all the best stuff (bar Nobody puts baby in the corner.) They played Dance Dance, Young Volcanoes, A Little Less Than Sixteen Candles and Saturday to name a few. I actually loved the show so much, I almost had several breakdowns throughout the show, it was just it took me right back to being 13/14 I'm even feeling emotional writing this I just want to go back and re-live the night but I guess I'll just have to wait until Download!
Honestly Fall Out Boy take me right back to being 13, if you asked me to pick a favourite song I wouldn't be able to, they just have a song for every mood, the cliche lyrics are my favourite thing in the world. In all honesty though I have a love hate relationship with Fall Out Boy I love them but I hate them because I just do I just don't know why maybe it's because I want people to think I'm pure metal and hardcore and shit and Fall Out Boy just don't fit into that haha. Anyway I'm going to leave this post here because I'm starting to fan girl and I don't want this post to just be dedicated to how much I love Fall Out Boy and just start babbling about how beautiful they and how amazing they are and just Fall Out Boy who doesn't love Fall Out Boy?! See just babbling due to excitement! Haha


Do you like Fall Out Boy? What bands make you fan girl like you're 13 again?
K. x