Say hello to the newest regular feature on my blog, Weasley Wednesdays, you got it every other Wednesday or so I'm going to share some of my favourite recent photos of Weasley, my feelings on having a kitten, because my god it so much more demanding than I expected, all the silly things he does and I'm toying with the idea of writing part of the post 'by' him but I dunno, so this one is going to be more of a taster than anything however it is full of adorable photos and videos of my little fur baby so you will not be disappointed.

So I've now had Weasley around 3 weeks and I just look at him half the time and just want to squish him so damn hard 'cause he's just too adorable other times like when I'm trying to sleep or eat I want to knock him out because for some reason he just cannot leave me alone. Honestly, he follows me everywhere, even attempts to join me in the bath which kinda makes me uncomfortable and cries if I shut him out of any rooms. However I do look at the little fur ball and think wow you're part of my family for the next 10 years or something, and mate that is a long time however you're cute so it's fine. I'm absolutely in love with him, my camera feed is just cat photos and it's all I send on snap chat, to be honest I feel like everyone is probably sick of Weasley, but that doesn't bother me cause he is adorable, anyway I'm gonna let Weasley write the rest of this post and tell you what he's been up to (yes I'm going to be one of those people!)


I have no idea why mam thinks people might be sick of seeing me, my face is adorable and I'm always doing silly things that make her laugh!Although sometimes I think she's sick of me because I like to bite her knees and toes a lot. Last week mam put all her clothes in this thing that moved them around it was great to watch although I couldn't catch any of them, so I decided to try and eat the clothes she'd already taken out instead. 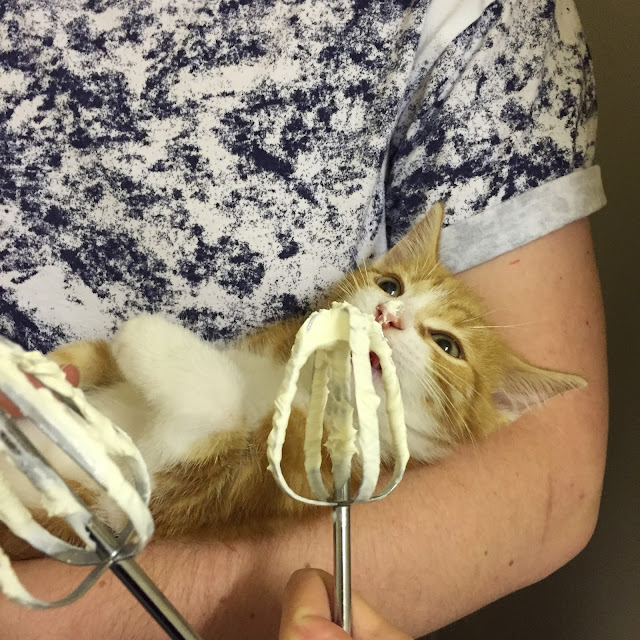 This is Lewis holding me and I really love him because he gives me all the cuddles and feeds me all the treats. This cream was so yummy I got it all over my nose and then was so hyper I kept mam up for ages trying to play. 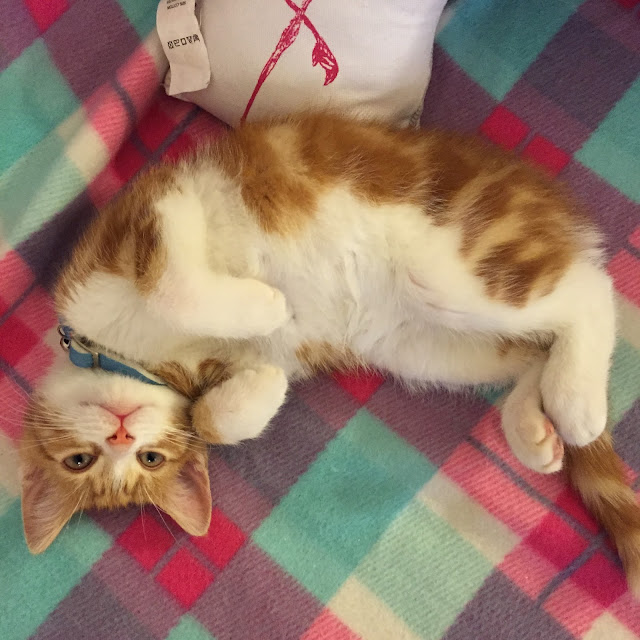 I don't know why mam takes photos of me when I'm trying to sleep, sometimes I just want her to leave me alone you know. 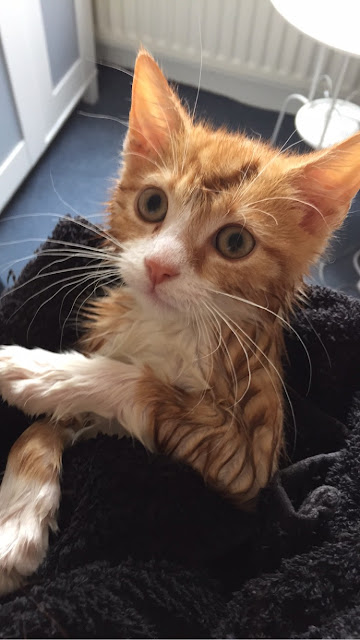 Mam left the bathroom door open (she really should have been smart and shut it) while she was running a bath and I was thirsty so I decided to try and get a drink but ended up falling in, I was super wet and mam had to wrap me in a towel and hold me for ages because I was so scared and upset. (This has yet to stop him actually trying to get in the bath with me, so he didn't even learn a lesson from falling in the bath the silly cat!) 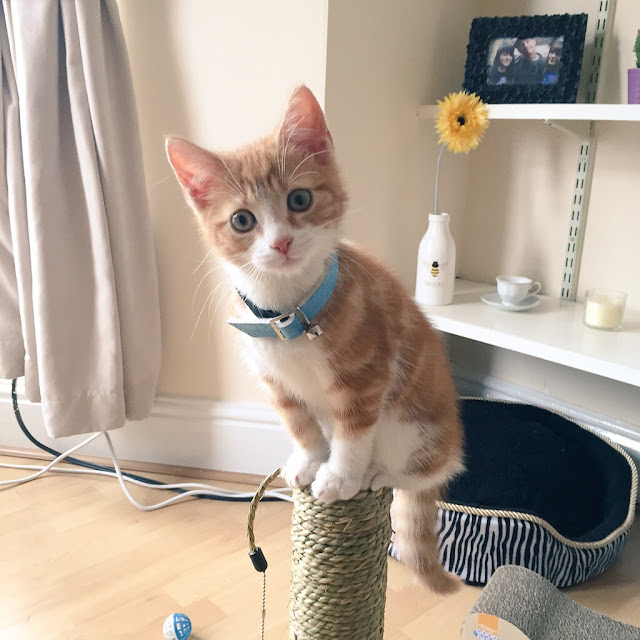 This is my new toy and it makes me feel so big when I sit at the top. Like a King. 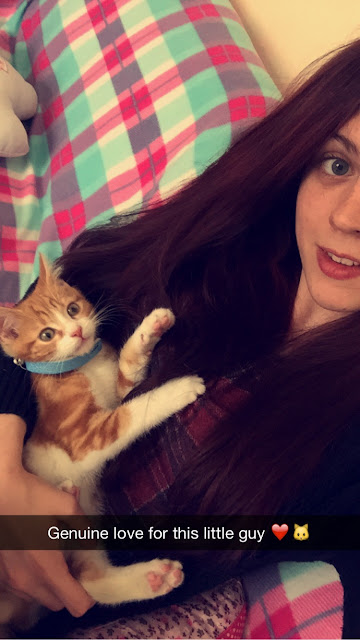 Mam takes far too many selfies with me, but we both look pretty fine (mainly me, mam's ok) so it's all good. 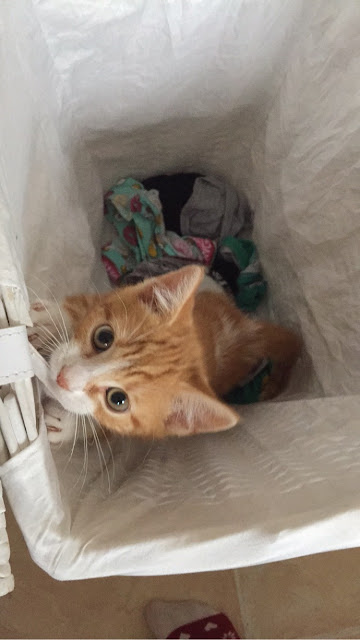 This is the magic basket where clothes disappear into, it's so warm and snug but mam made me get out 'cause she's mean. 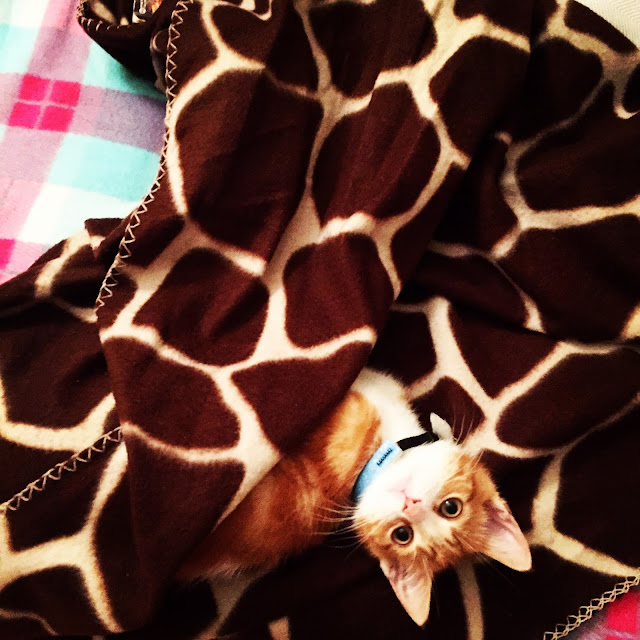 Stop taking photos of me while I'm asleep mam cause you wake me up everytime! I JUST WANT NAPS OK? 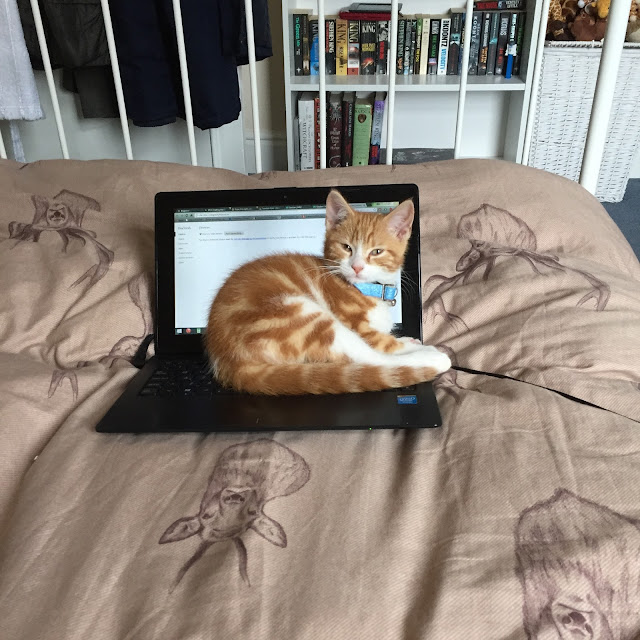 This is my warm seat but mam always moves me because she wants to keep her hands warm on it, no fair. 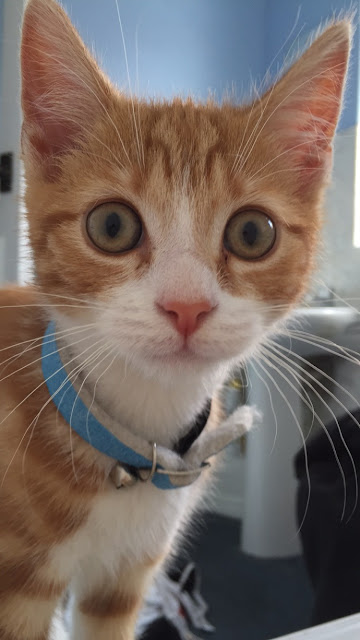 I like to watch mam while she has a bath but she always tells me to go away because she thinks it's weird but I just like to be close to her and make sure she's ok and not leaving me on my own. 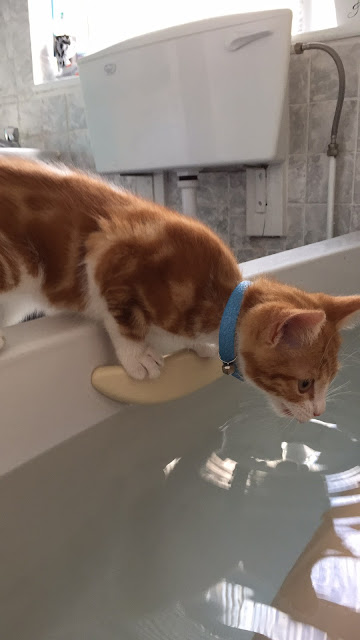 I really like to drink bath water, mam also finds this weird. (Seriously all I want is a bath is peace but nope I have to share the water with this little weirdo.)
Mam's hiding another cat in the bedroom I'm sure, I just don't know how to get to him because every time I look behind the mirror he's not there it's just me!

I hope you've enjoyed seeing some cute photos and videos, I'll probably share some more in a week or so, unless you guys really don't want to see anymore cat photos but that would be mad right? Seriously though, do you like this feature and want it to stay or are you over Weasley?
K. x