This week the Weasley Wednesday is brought to you only by me and not Weasley, and it's kind of a serious one and to be honest I cried a little writing it. Most of you who follow me on instagram or twitter will have seen that yesterday was one of the most awful days I've been through. I'll start with last week, so last week I found a couple of fleas on my little guy no clue where they had come from since he's an indoor cat I treat this with some Wilkinsons own flea treatment which did nothing to the fleas (would not buy again ever) However after washing him he seemed clean and after checking everything was fine and stuff I put a flea collar on him on Saturday. However Sunday night I found another flea you can imagine my annoyance so off I went to Pets At Home Monday morning to stock up on sprays for the flat. I'm one of these people that panics that I'm gonna get an infestation after finding like 8 fleas haha. So I spend all of Monday hoovering and spraying and cleaning, I come home that night go to bed and shut Wealsey out of my room for two reasons a) I wanted sleep and b) fleas. However I instantly regretted it Tuesday morning. 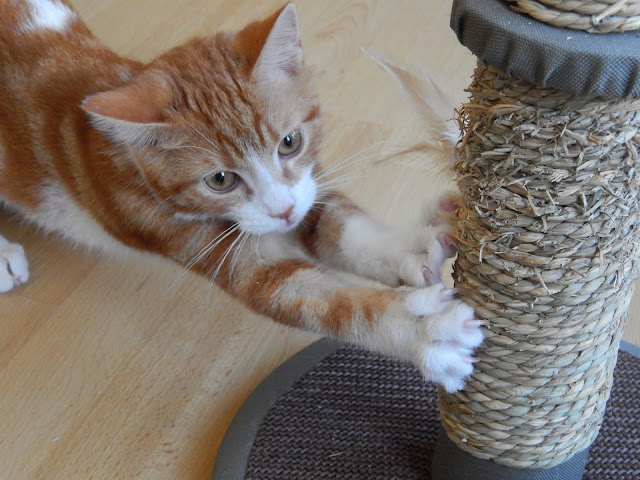 I knew something wasn't right instantly, whenever he hears my alarm he's at the door meowing to be in however this morning he wasn't. He didn't come when I called his name either, I eventually found him twitching like mad in the bathroom and shaking so I wrapped him in a towel and carried him to my room. He just laid there he didn't struggle or purr just laid still, he was barely breathing and drool was dripping everywhere. I didn't know what to do, I just kept shouting at him to do something and crying, after about 10 minutes of being hysterical I rang the nearest vets where they told me to bring him straight down. He laid in his basket no problem, didn't even meow he was silent that worried me. The vet looked at him and he had a temperature of 40.4 which is ridiculously high, she said he was showing signs of hypersensitivity and looked like he was having a reaction. He was then taken to have a drip put into his paw (he has a little bald patch 'cause of this!) to flush him with water to bring his temperature down, the vet said it should work but wasn't 100% sure as if it took a while to come down he would have had organ damage or failure. I couldn't eat or drink and spent the majority of the day crying what would I do if he didn't pull through? Eventually the vet rang saying his temperature had finally come down and he was going to be ok and I could go collect him. She said I was lucky I brought him in when I did or I might not have my little fella anymore.

She asked what I'd given him etc and I told her about the flea collar and sprays, it turns out he has had an allergic reaction to the collar and most likely licked a surface with the spray on it and reacted to that too. She asked the brands and told me she wasn't shocked it had happened, I'd used Bob Martin flea spray and a Johnsons Collar. Bob Martin is well known for causing reactions within pets especially cats she told me, she advised me never to buy over the counter stuff again for fleas or worming unless it is one recommended by a vet as they usually contain parasites to kill the fleas but they also effect your pet. She explained that Weasley most likely would have bitten his collar or caught it then licked his paw or something and gotten the stuff on it and into his system and the same with the spray. I know flea collars are not advised to be bitten by pets but you can't supervise them 24/7 to ensure this. The Bob Martin Clear flea & tick spray even says it is safe to spray on your pet directly! This is clearly not true as I have found the hard way, just from it being on a surface he's been hurt. 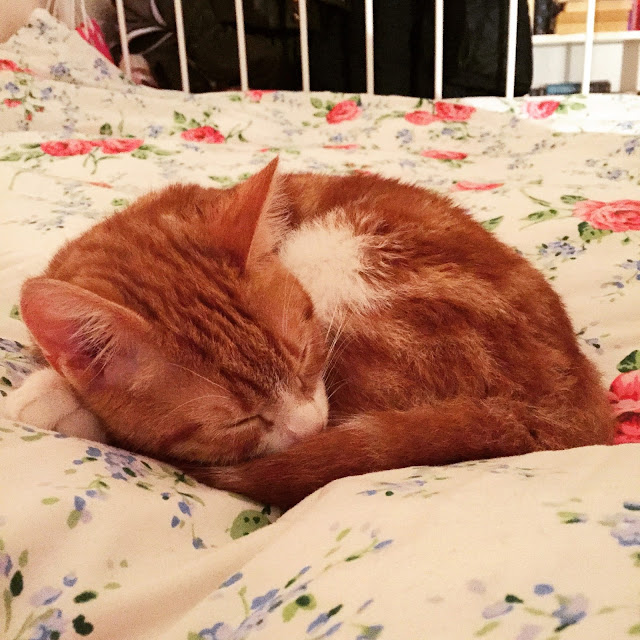 Weasley has been home for about 20 hours now and he seem's to be improving he's finally eating and he's moving about more hes also making noises which is great. However he's still a bit twitchy and drooly and needs to be paid close attention for the next few days. He has a check up at the vets tomorrow also to ensure he's ok and to get some proper flea injections. I've written this post to not only update people on how he is doing to but to alert people about the dangers of using products from pet shops etc. Please go to your vet for flea and worm treatments I don't want anyone to have to go through what I did yesterday. I know to some he is just a cat but to me he is my baby, and I honestly thought I was going to lose him all because I tried to treat him at home. Also I feel like everyone needs to go and take pet insurance out, I'd been meaning to do it for a long time but I've been too busy trying to sort my life out. I wish I had sorted it out because I had to pay £160 to fix the little guy, however I wasn't not going to pay to fix him, he's so important to me. I've been struggling a lot recently with a lot of things but this little guy has made it easier, he cuddles into me and licks my face when I'm sad and he just cheers me up. I know he's a cat but I really do love him. 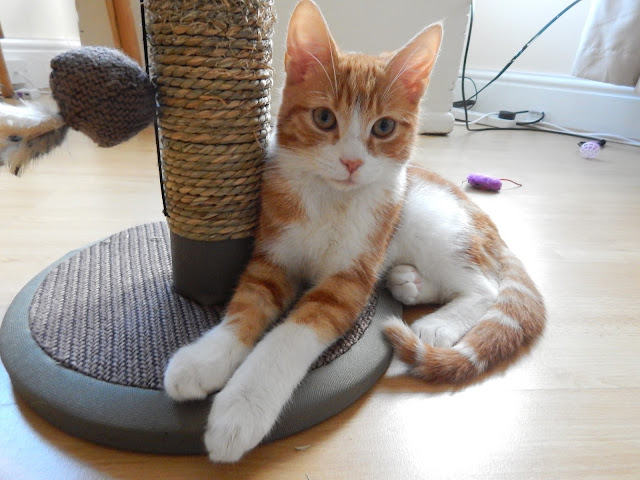