Saturday night was quite possibly the best night I've had in 2015, if you've been reading my blog a while you'll know I'm a complete fan girl for the babes that are Fall Out Boy. Lewis got our tickets by some miracle before they sold out at the start of the year and the day finally came to go see them and some how I didn't lose my shit as much I have previously when I've seen them. By that statement I mean, I didn't hyperventilate and think I was going to cry the second they came on stage haha.
Me and Lewis arrived pretty early about 3 and got an alright spot for support but of course we kept moving forward, somehow just after Fall Out Boy started I was at the front, I'm still not 100% sure how it happened but oh man these photos turned out so much better than expected. I was so close to them, I could see Andys face perfectly. It was just so amazing. I did something different this time though, I got all my photos out of the way at the start/during Beat It because I wanted to just completely loses myself in it and fan girl everywhere which was definitely the best idea. 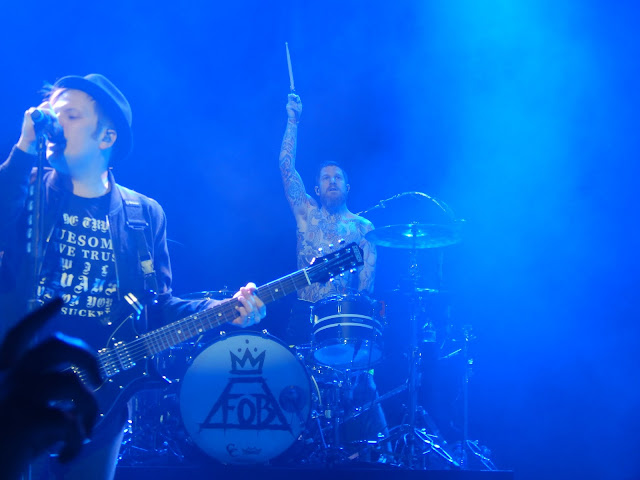 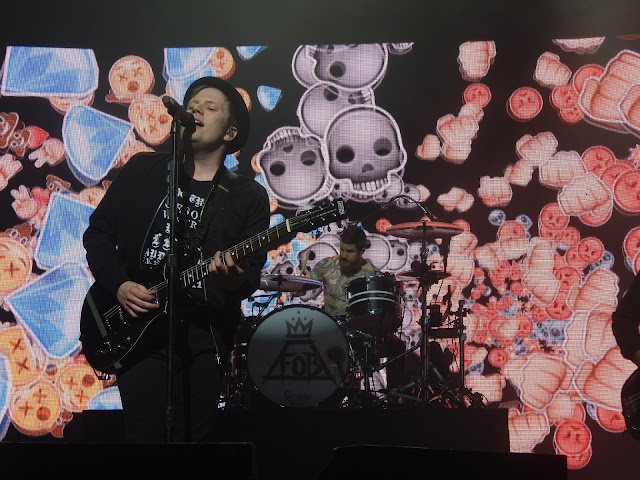 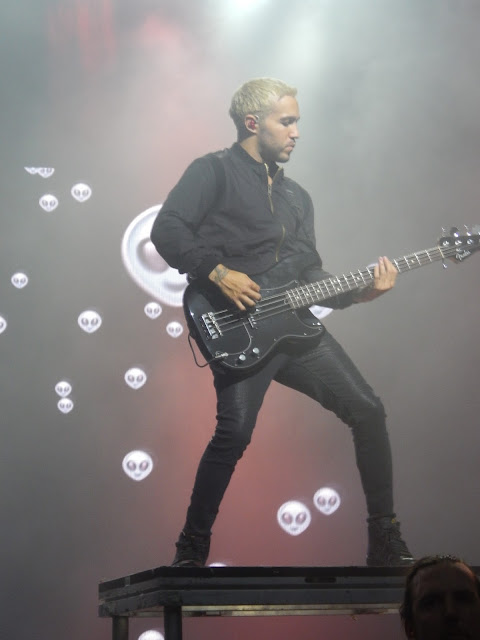 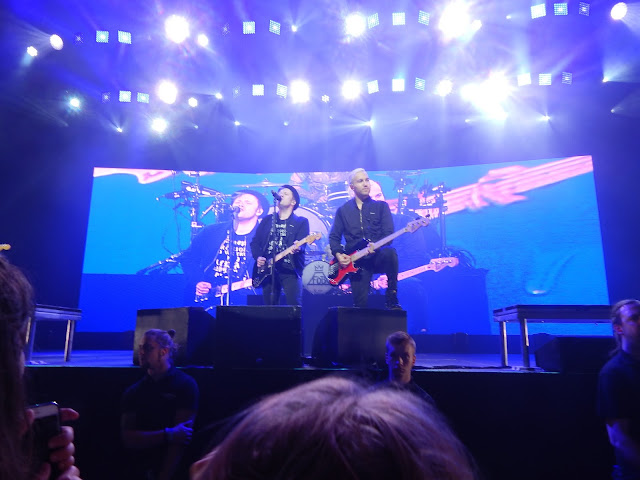 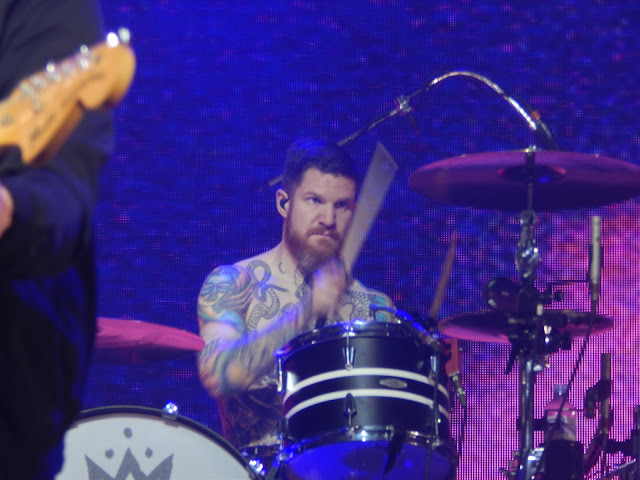 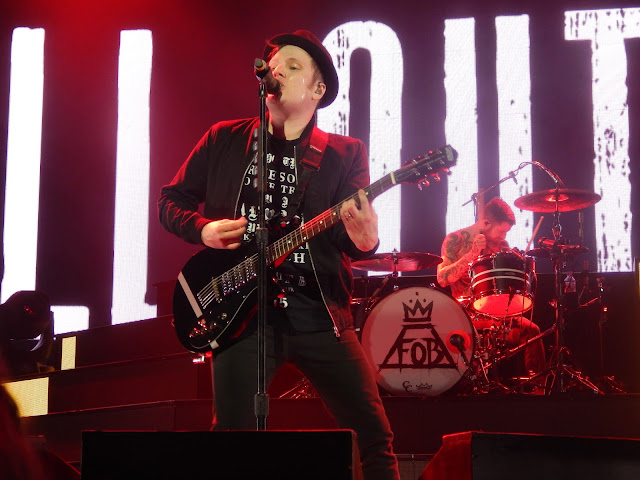 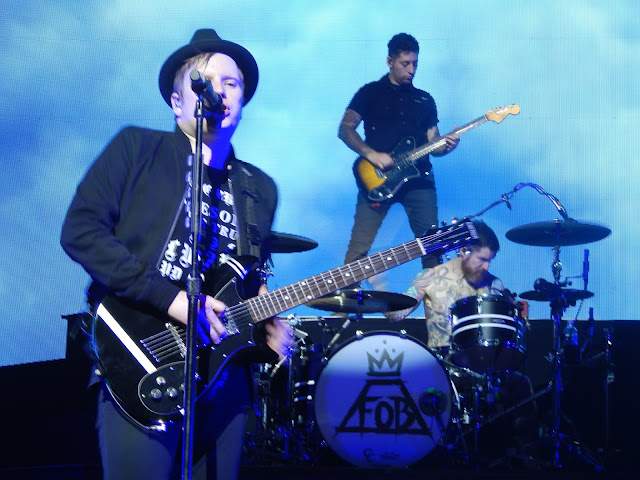 The set list was just perfect, starting with Sugar We're Going Down, before A Little Less Sixteen Candles then a few new ones before taking it back with I Slept With Someone In Fall Out Boy, it was just the perfect mix of old and new. It made me ridiculously happy, like there wasn't a single song in the setlist where I was wishing they'd sang something else. I swear it went over in a few minutes, support absolutely dragged but then again it was Pro Green (What were you thinking guys why?!) They sounded amazing as always, Patricks voice is just amazing and the rest of the guys do an unreal job. Andy's drum solo is ridiculously good. However the best moment of the entire show happened when they ended with Saturday, I knew from previous shows that Pete would get in the crowd and he did and HE HELD MY HAND WHILE HE SANG SATURDAY AND SOME HOW I MANAGED NOT TO BURST INTO TEARS RIGHT IN HIS FACE. I TOUCHED PETE FUCKING WENTZ I'VE ONLY BEEN WAITING FOR THIS MOMENT SINCE I WAS 13!!! It was definitely the best gig of my life. I swear I have never felt so happy.

Are you a Fall Out Boy fan? Have you ever fan girlled ridiculously hard over a band?
K. x
follow me on Bloglovin', Instagram, Twitter &Lookbook