It's been a while since I last posted a Weasley Wednesday due to my ridiculously busy schedule, this week's Weasley Wednesday however has been solely written by the man himself, his little paws tapping away, as it's a special one and he was more fit to write it than I. So here it is a post by Weasley on all his Pet Hates! 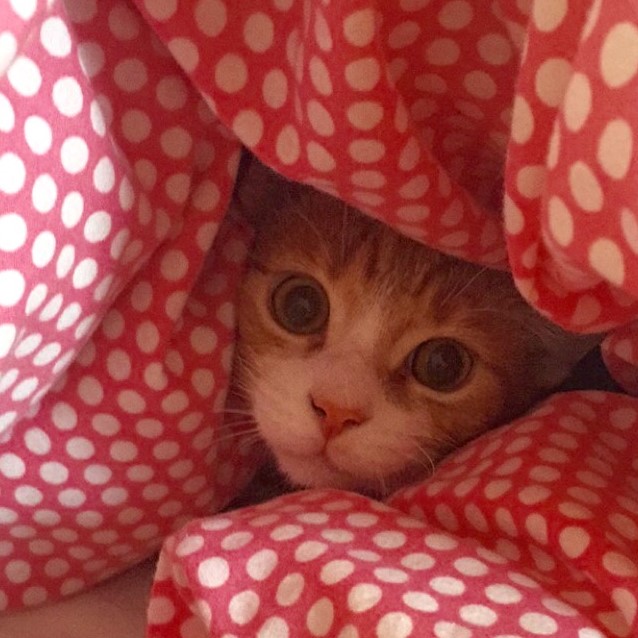 HI EVERYONE WEASLEY IS BACK! I'm all better now and back to jumping all over mam's shelves and trying to eat her Lego, I'm sure you're happy to know I'm better, I mean what would you do without seeing my cute little face? Last week mam was asked if I would take over her blog and write about my pet hates, she chuckled at this. I don't know why I don't hate that much, although she does regularly call me a weird cat because of the things I do hate.

I REALLY hate fish, its weird (apparently) ok I like that stuff in batter that Gran Dot had that was nice but the stuff mam feeds me out of a pouch is disgusting so is that stuff its in the jelly stuff ew no. Why would you try and feed me something so disgusting mam?! I do LOVE baths though, mam always puts lots of bubbles in for me but gets in the water herself instead which is no fair especially since I get wrong for joining her or taking a drink! She's pretty rude if you ask me. I also hate getting out of bed but I blame mam for that one since she's a massive sloth, I must have got it from her.


My biggest pet hate though is collars, I HATE HAVING MY COLLAR ON, I attack it seriously who wants a bell close to their ear making a noise all the time when I move?! IT DRIVES ME MAD AND I WANT TO ATTACK IT. This upsets mam especially when she buys me 'pretty' ones. Mam has kept me collar free for a while though which is super nice now I don't have anything making noise in my ear all the time (apart from her forever kissing me and telling me how cute I am, IM A BIG BOY MAM LEAVE ME ALONE OK?). Things with bells in are toys and are for attacking not for collars, plus mam won't ever let me go outside so I don't know why since she insisted I wear one until last month! I think the reason mam keeps me collar free now is because of what happened when I was poorly, I had a flea collar on and I nearly died which made mam very sad. She had to take me to the vets and then she left me I was really scared, they put a needle in my arm and I had to stay there all day! They even tried to feed me some awful food. I cost her a lot of money too. This made mam realise the importance of Pet Insurance though, she really should have done it earlier silly mammy, but she now has me insured for a very small £6.45 a month using a More Th>n, they're great too since they donate £20 to the RSPCA for each policy purchased which is great since it means they can help more kitties find nice parents. I'm hoping mam will visit one soon so I can have a friend to play with. 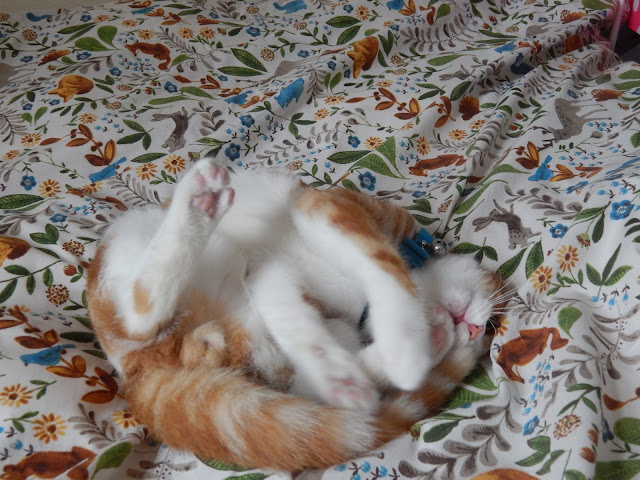 Look how much I hate collars^ Apparently I have a special one for Christmas if she thinks I'm wearing it she's got another thing coming.

Those are my pet hates, next time I'm sure mam will share loads of cute photos of me and what mischief as she calls it I've been up to. I hope you've enjoyed me taking over mams blog, I can't wait to steal it away some more and write loads better content.