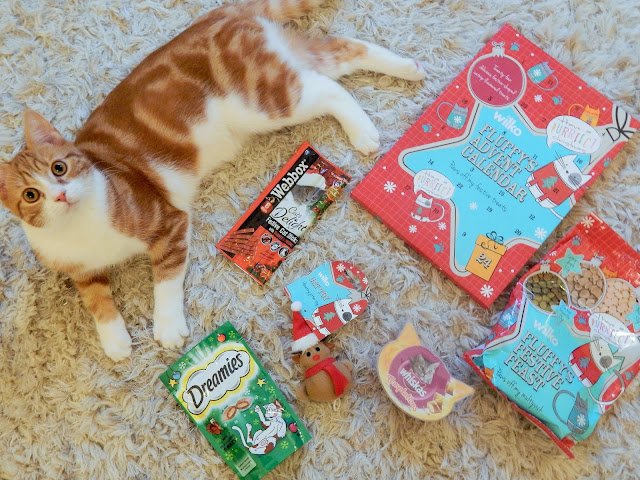 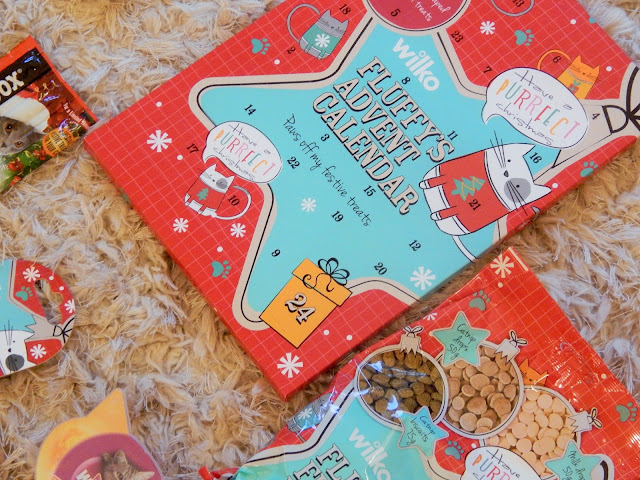 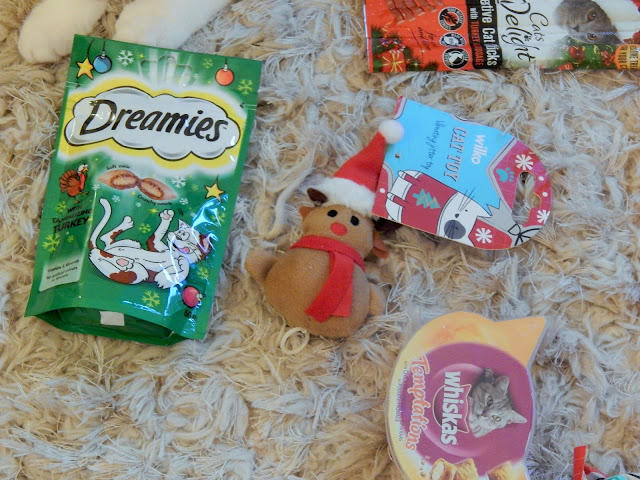 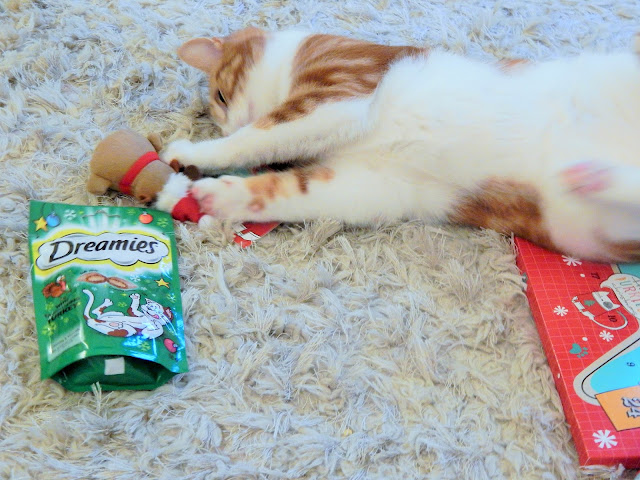 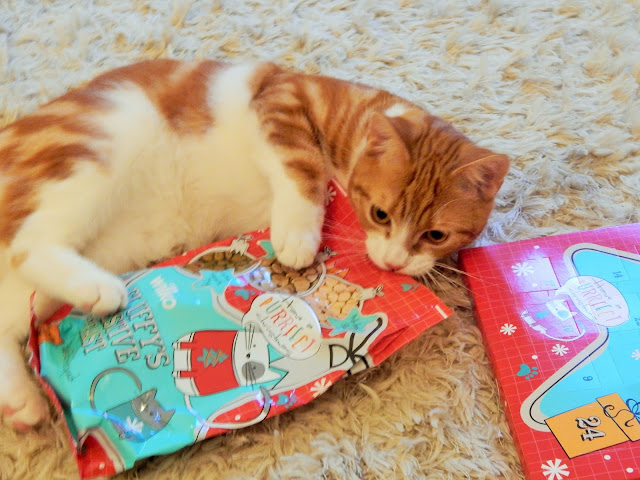 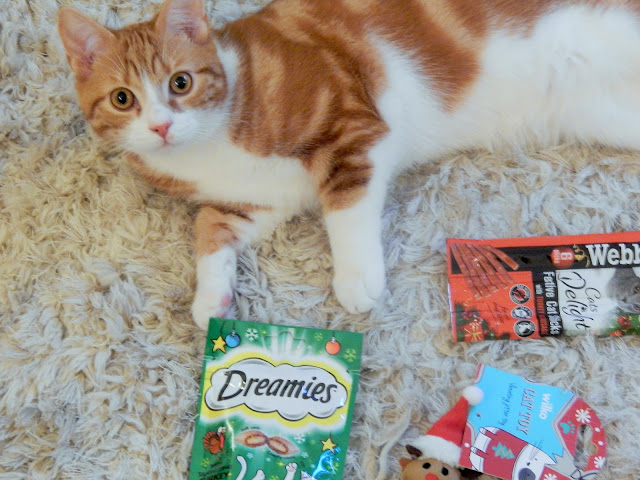 I think by now we all know that I am a ridiculous cat lady and Weasley is actually like my baby, so there was no doubt I was going to spoil him at Christmas. I mean in his short life he's been through a lot he almost died and he's very recently lost his man hood and hates me for it so I think he deserves a few treats on Christmas day right?
For some reason though stores don't seem to think cats deserve Christmas gifts everywhere I looked there were shelves of dog treats specifically designed for Christmas, not just edibles ridiculous amounts of toys and stockings filled with goodies! Where is the love for cats? They deserve Christmas presents too! After much search I finally found some Turkey dreamies, Weasley goes absolutely mad when I shake a bag of regular dreamies he loves them more than anything so I'm sure these will be demolished the chance he gets! He loves the Webbox sticks too, I've already gone through a packet of these Turkey ones as I'm a bad mammy and took him to the vets haha, he's got some more hidden away, I found these and the dreamies in Home Bargains for about £1 each so if you've got a kittie you should definitely go find some!
Mostly though I raided Wilkinson's, they have an amazing selection of Christmas treats for your cat, even super adorable wrapping paper and stockings! I resisted buying everything though and just treat him to an Advent Calendar which if you follow me on Instagram you'll have seen him 'opening' on the 1st! Haha, this is filled with catnip treats so far he's not 100% sure if he likes them and pretty much licks them for half an hour before eating, silly cat! I also got him a 'selection bag' of treats which has milk drops and cat nip drops in, he's going to have some many treats I won't know which to let him have first! Haha. I also bought him a new toy which vibrates along the floor, he's probably going to be scared of it but I'm sure he'll get the guts to attack it eventually. The Wilkinson's range is really good value too, I think all this was about £4.


I really think everyone should treat their cats, I see loads of people buy their dogs presents and in my opinion cats definitely deserve them too!